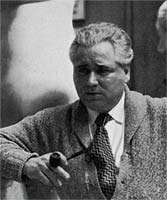 Janniot was educated at the École des Beaux-Arts, a pupil of Jean Antoine Injalbert, and was the winner of the 1919 Prix de Rome. Under the influence of Antoine Bourdelle, most of Janniot's career was given to monumental and architectural sculpture.

In 1938 he became an officer in the Legion of Honor. From 1945 through 1959 he held the title of "Professor of Monumental Art" at the Beaux-Arts in Paris.

His extensive bas-reliefs on the Palais de la Porte Dorée in Paris, built in 1931 for the Paris Colonial Exposition, portray ships, oceans, and wildlife including antelopes, elephants, zebras, and snakes. Janniot also contributed the gilded panel Paris and New York Joining Hands Above Figures of Poetry, Beauty and Elegance on the façade of La Maison Française, Rockefeller Center, circa 1930.