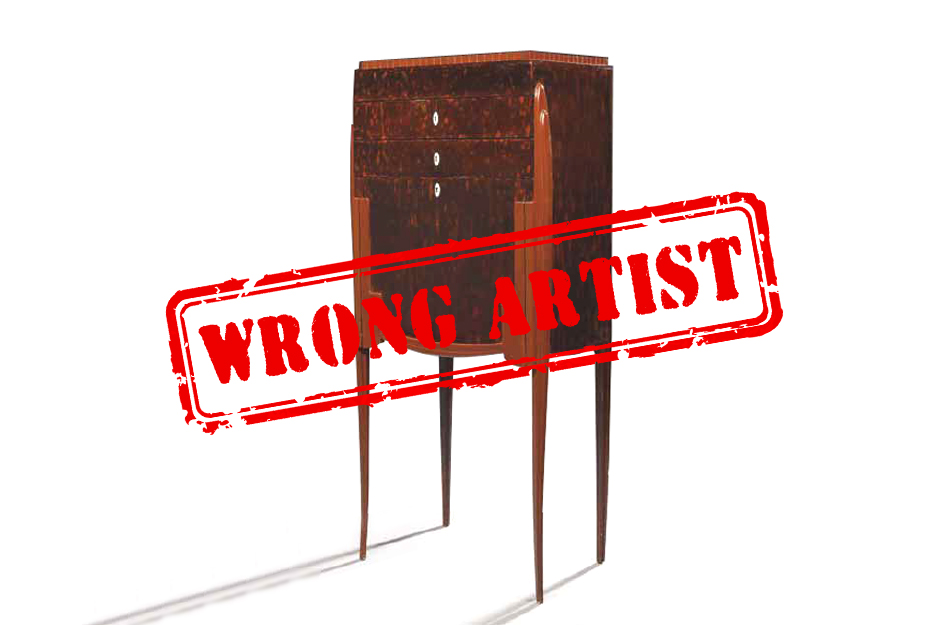 Attribution error for a $16,700 secretary to DIM

TAJAN got pulled over by DOCANTIC PATROL for Identity theft violation: wrong artist!

The first one is the failure to clearly identify the designer and rather pulling out the “attribution” wildcard. An attribution means that according to an expert’s (un)awareness, there are numerous elements that allow to determine who the designer of a piece of furniture is, but that there isn’t however any concrete proof to support this claim. In other words, an attribution allows the auctioneer to make efficient well-known-names-dropping to motivate bidders, without having to bear with the legal consequences in case of a mistake. If it isn’t tortious, this very case is undoubtedly a professional negligence. In fact, the documented proof did exist when the secretary was offered for sale: the exhibit #2 was published 79 years before the auction sale took place!

The second one is the suggestion of a lead… that turned out to be wrong! According to the January 1928 edition of “Mobilier et Décoration”, this secretary was indeed created by Pierre Lucas and lacquered by Marcel Charpentier (Exhibit #2). Even by reading the article backwards, there is no way to come up with any “DIM” name! 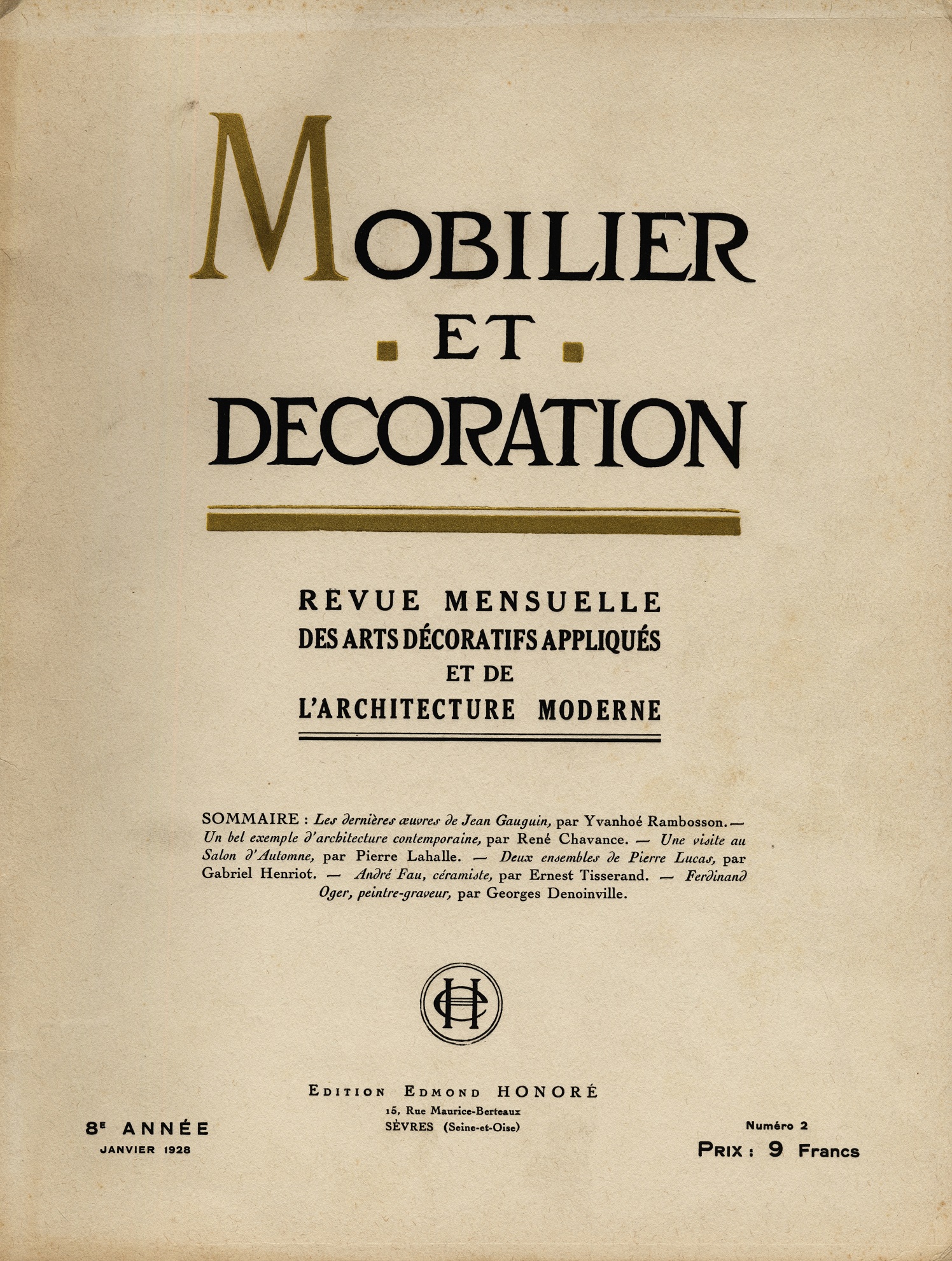 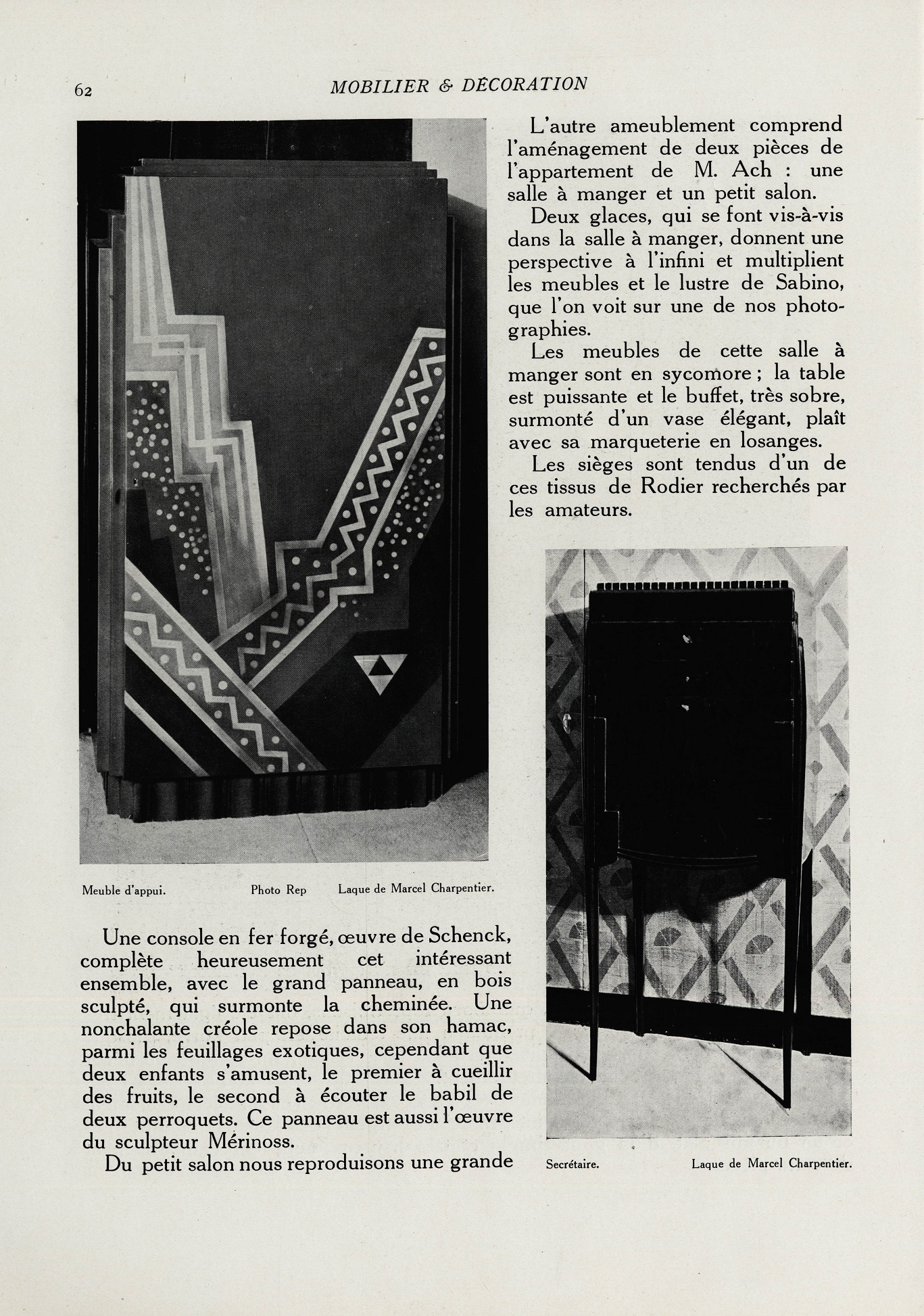 The last irregularity is syntax-based. By advertising the secretary as attributed to « DIM (Philippe Joubert ?-1931 & René Petit) », TAJAN obviously had a score to settle. Not only have Joubert and Petit been assigned a secretary they didn’t make, but the expert also found a way to mix up the innocents’ names (Exhibit #3). The lot #27 of this very sale suffered from the same symptoms. Therefor,  the typo-theory was  discarded. Now or never, TAJAN should invest in truthful documentation and in an artists’ directory before it becomes incurable.

By combining inaccuracies with a misspelt & wrong attribution, the lot #126 of this auction sale had little to no chances to be sold… bad news for TAJAN, the “negative times negative equals positive” theorem only works in math!