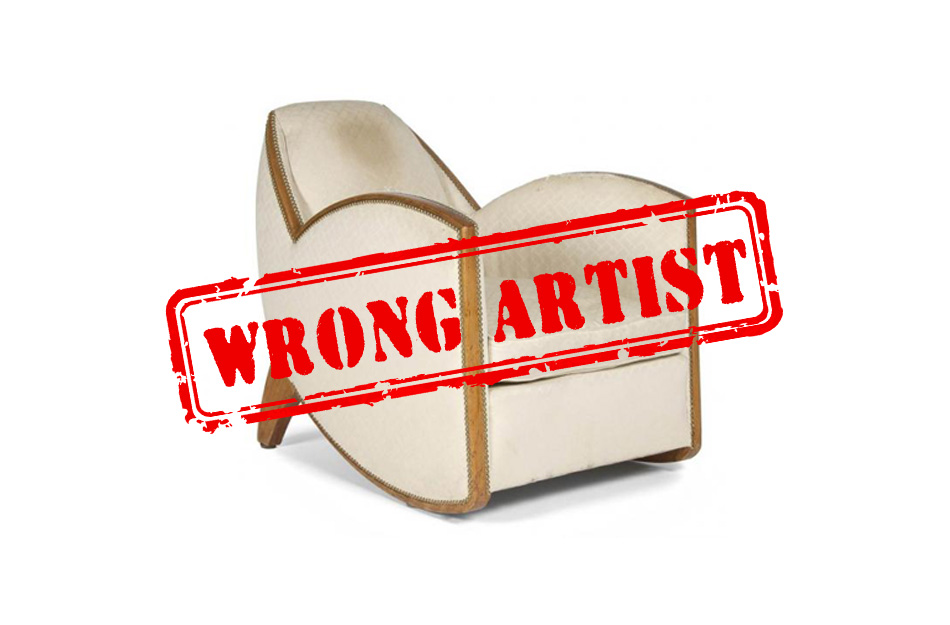 In May... and November 2003, famous auction house SOTHEBY’S Paris sold armchairs for a total of $79,700, and incorrectly attributed them to Jules Leleu.

SOTHEBY'S got pulled over by DOCANTIC PATROL for identity theft violation: wrong artist!

On May 16th, 2003, prominent auction house SOTHEBY’S Paris sold two pairs of armchairs, and incorrectly attributed them to Jules Leleu, for respectively $15,100 and $22,700. On the 18th of November, an identical series of not two, but six armchairs, was sold for $41,900, and still wrongly attributed to Jules Leleu. The PATROL is not surprised by this new attribution error on SOTHEBY’S part, as it is not the first time the auction house was pulled over for expertise mistake (Exhibit #1). However, this new error by SOTHEBY’S Paris makes us wonder if its sources are indeed all reliable… 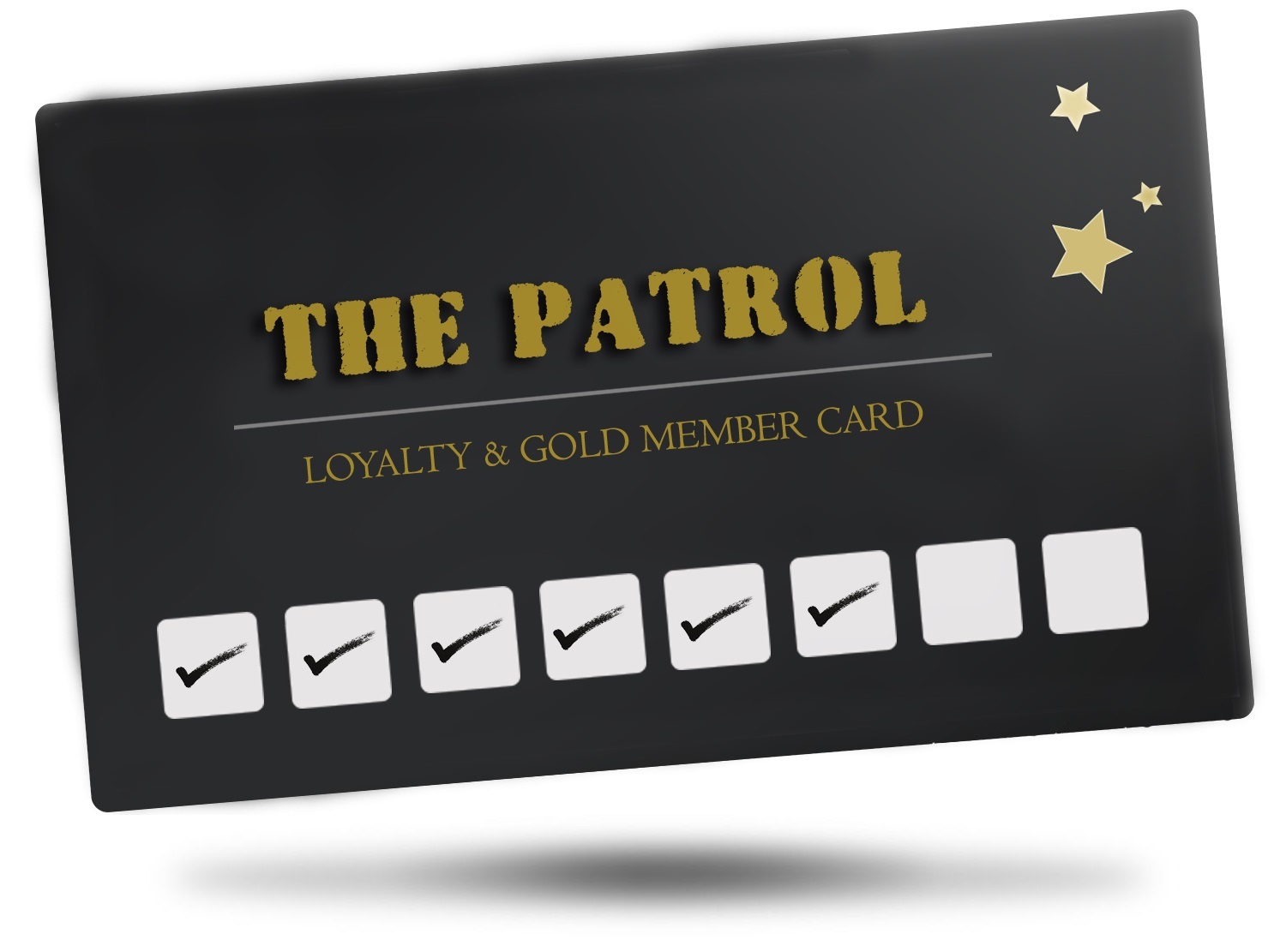 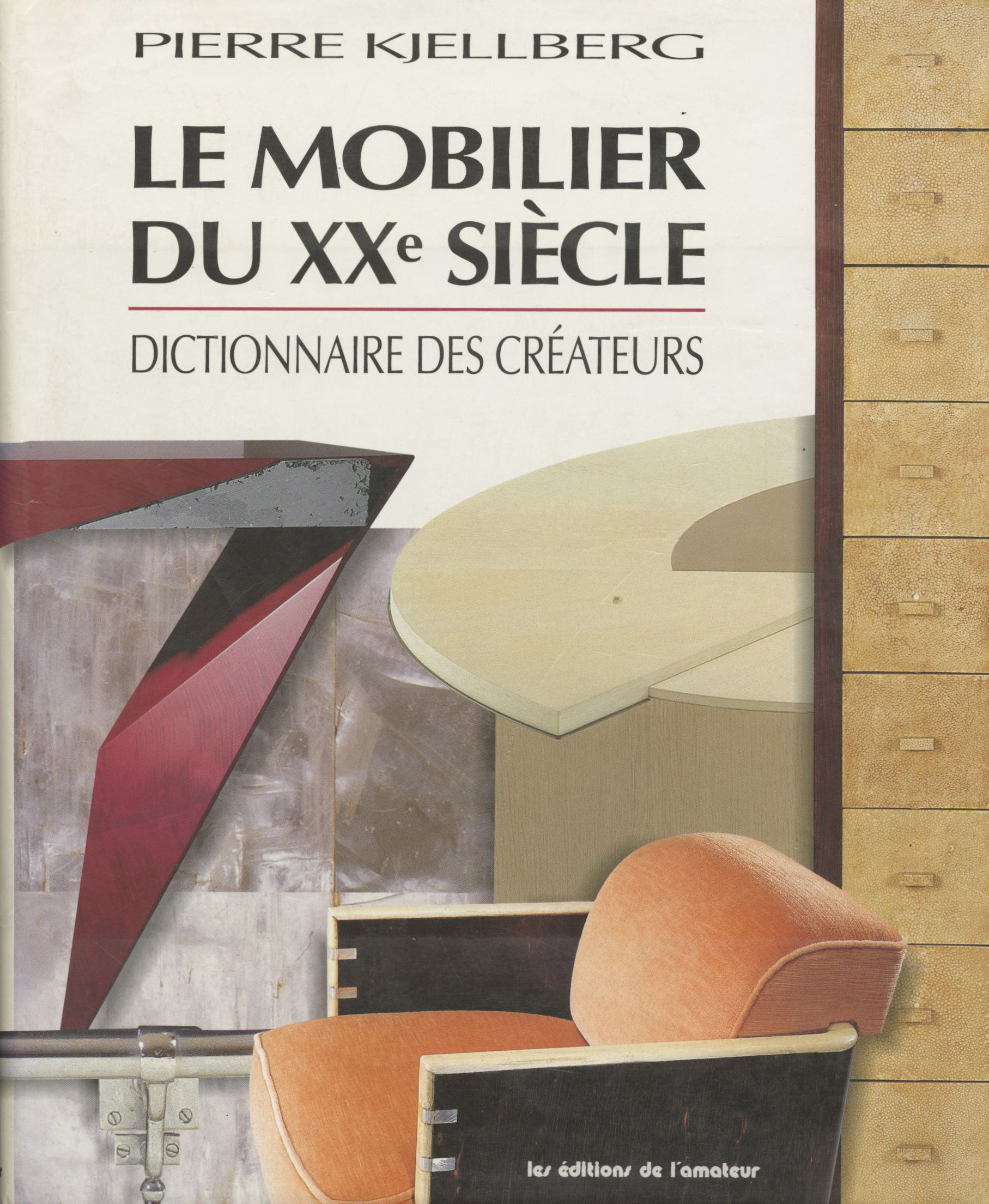 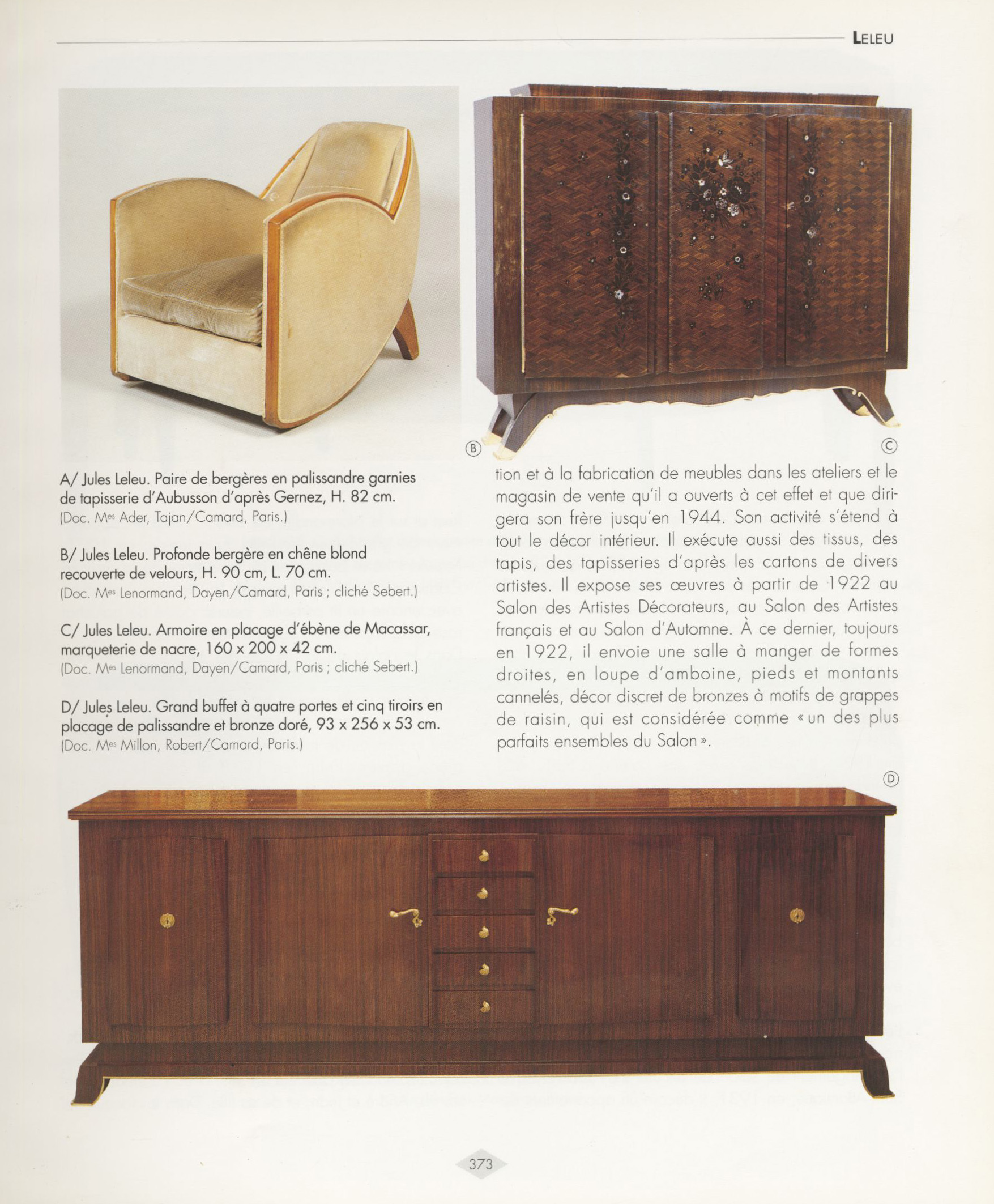 However, this very book is well known in the art industry for its uncountable mistakes. Sadly, page 373, the one SOTHEBY’S Paris so proudly bragged of using, is no exception. Everyone knows that Levitan Decoration, a “brand” somewhat less famous than Leleu, made those armchairs (Exhibit #4). 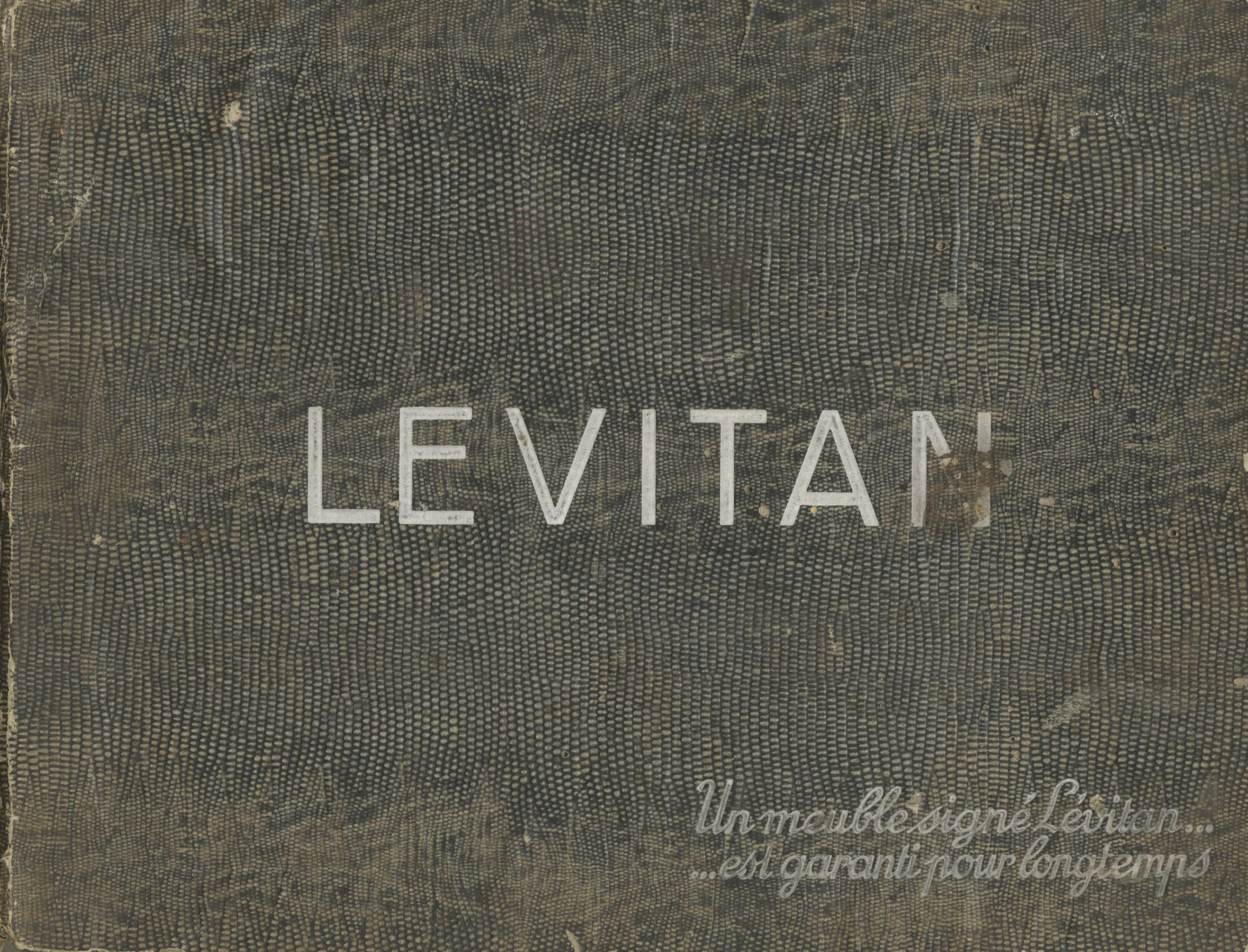 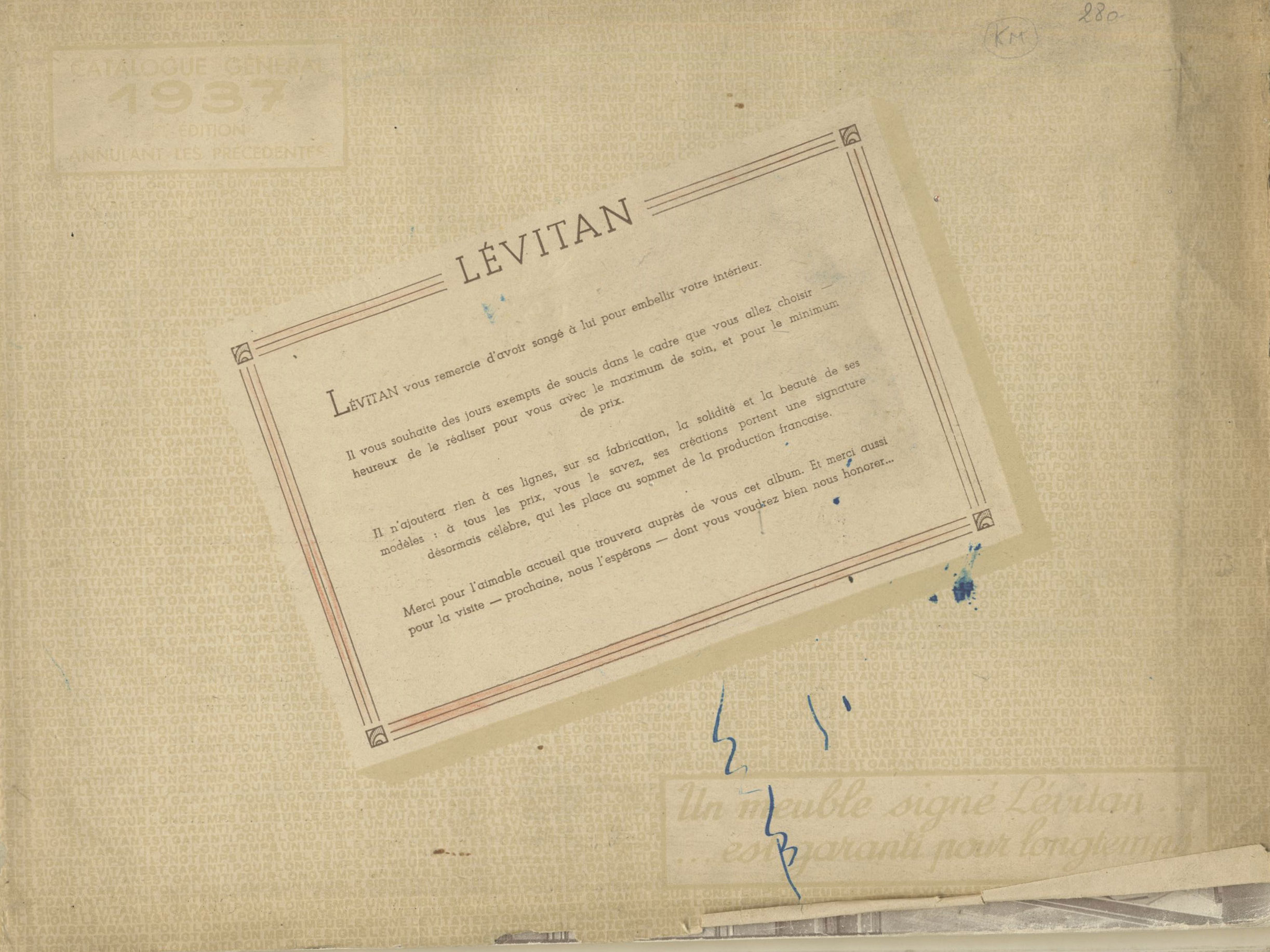 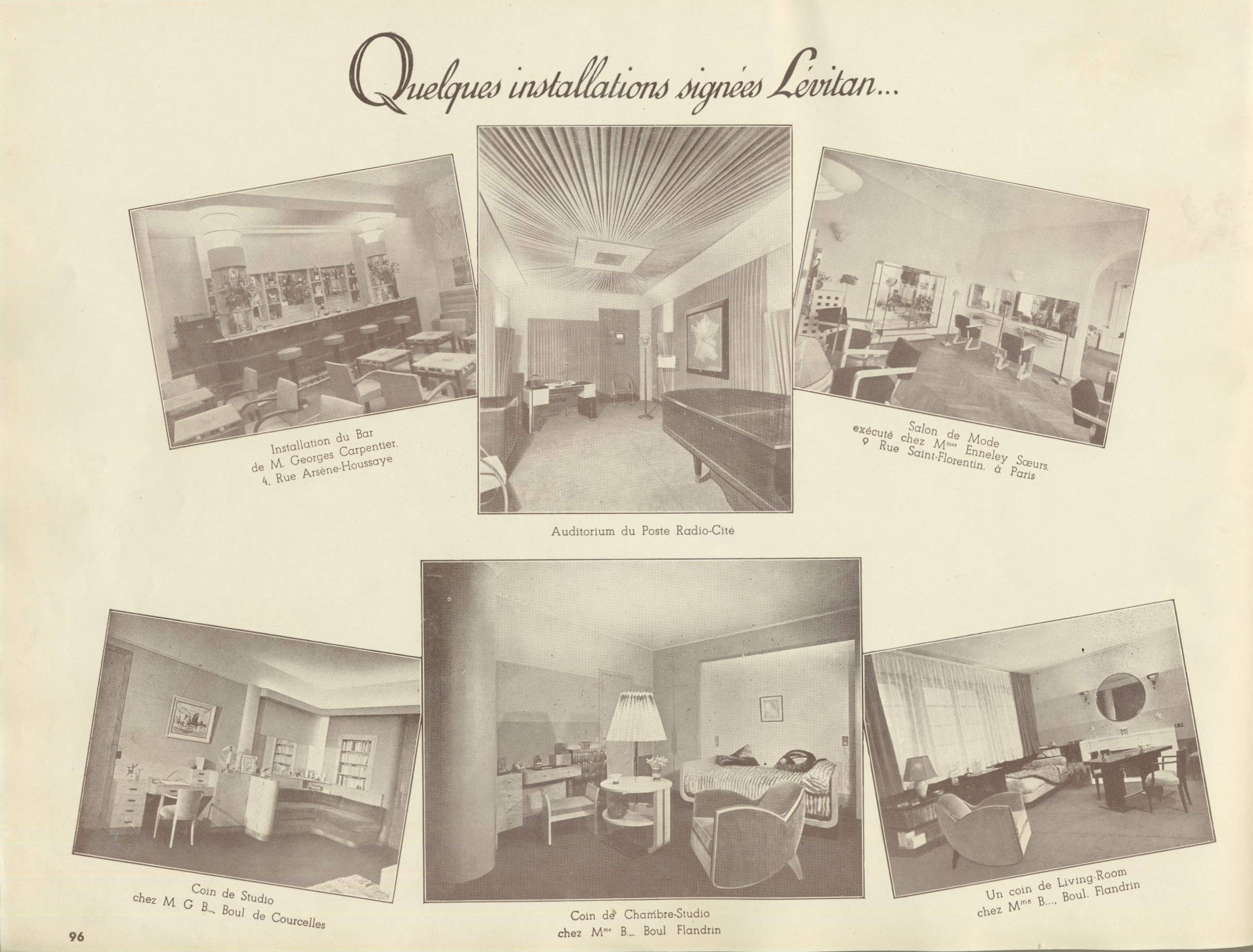 SOTHEBY’S Paris did not even find it odd that ten identical armchairs, supposedly made by Leleu, were on sale in the same year… This should have triggered some questioning on SOTHEBY’S Paris end, resulting in more research. If more research was done, SOTHEBY’S Paris would have seen that numerous other auctioneers (BOISGIRARD in 2000, PIASA in 2002…) did in fact previously correctly assign those armchairs to Levitan (Exhibit #5). 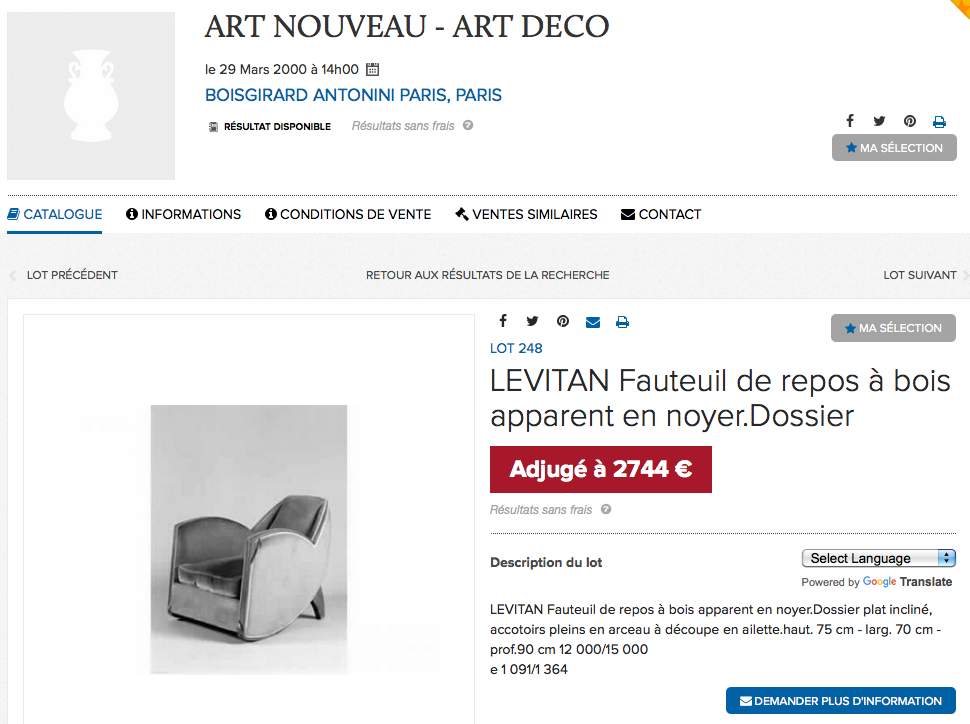 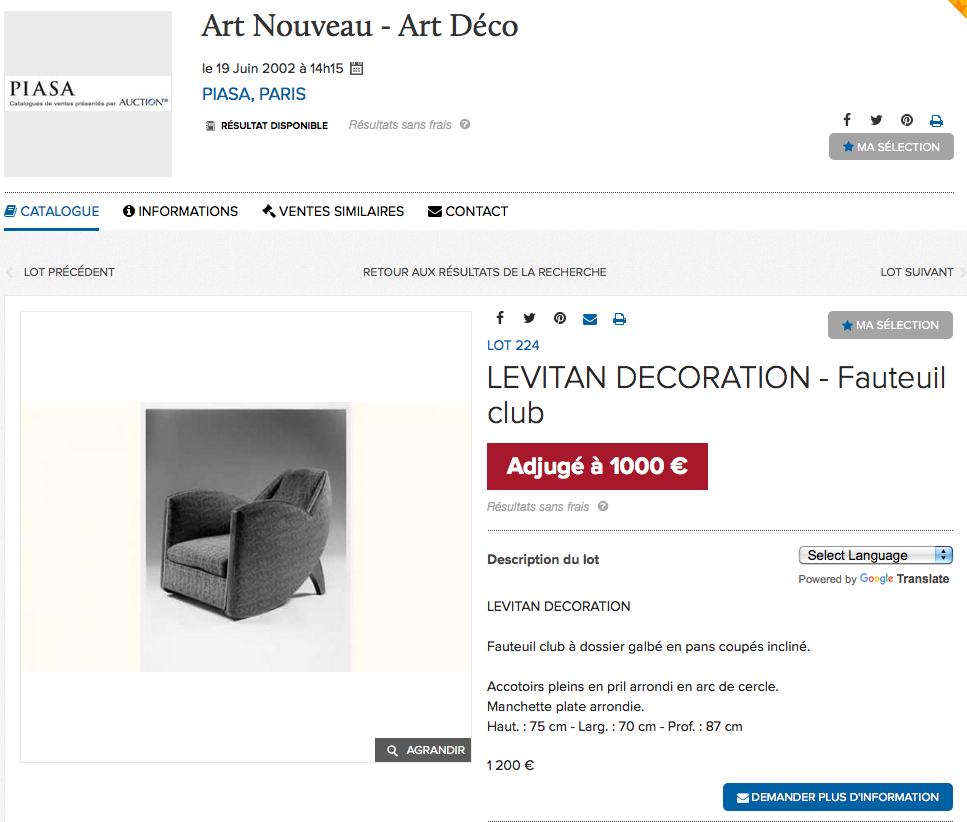 The wrong attribution of this pair of chairs to Jules Leleu has been known to the public since 1999, same year that auction house CAMARD committed a similar offense.

After the sale, SOTHEBY'S Paris, timidly admitted its error on its website (Exhibit #6) and most likely lightened up its bank account by reimbursing its clients (at least let’s hope so!).

So why deciding to bring up this old story from the archives? Here are two reasons:

Firstly, even though certain auction houses such as AGUTTES do their job correctly (Exhibit #7), there are many others today, who seem to stil trust SOTHEBY’S’ Paris expertise, leading to the wrong attribution of their armchairs to Jules Leleu.

SOTHEBY’S Paris's correction on its attribution error is quite hard to find, and even after admitting its mistake, the auction house “forgot” to correct the name of the artist on its own website where “Jules Leleu (1883-1961)" is still portrayed as the legitimate artist (Exhibit #2).

In the end, the winners in this case are the designers at Levitan, and the armchairs’ sellers, who still haven’t recovered from this farce (Exhibit #8) 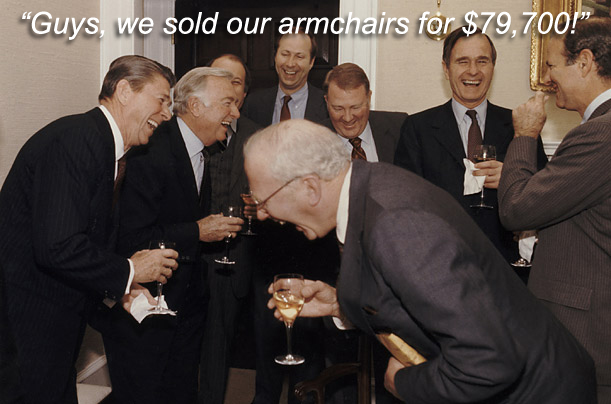