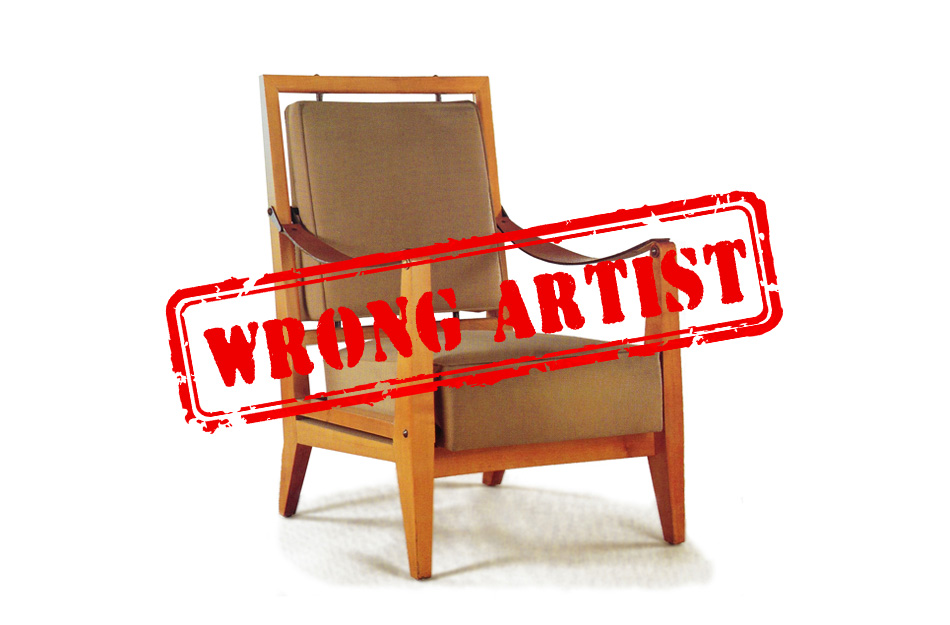 Attribution error for a $23,750 pair of armchairs to Jacques QUINET

Want to play a game? You’ve probably mastered Clue during your childhood: who killed Mr. Boddy? Was it with the knife or the candlestick? In which room? Easy right?! Well here is a new case for you to solve: on October of 2013, a serial art-offender and Chicago based auction house hammered a pair of lounge chairs for $23,750 incorrectly attributed to French designer Jacques Quinet. So far you know the location and the murder weapon, right?! Well now it is your turn to try to find out who the perpetrator is!

got pulled over by DOCANTIC PATROL for Identity theft violation: wrong artist!

On October 17th, 2013, an auction house - dealing in 20th Century design - listed a pair of lounge chairs estimated between $7,000 -$9,000, and presented it as the artwork of world famous French artist Jacques Quinet. The pair was sold for $23,750, way over the highest estimation. Did the buyer trust the auctioneer and got excited to bid on a totally unknown design from Jacques Quinet? There are no signs of such design in Quinet's artwork archives, since this pair was made by Maxime Old!

Digging into its archive room, the PATROL found a copy of “Maxime Old, Architecte Décorateur, Yves Badetz, France, 2000” to support their claim. 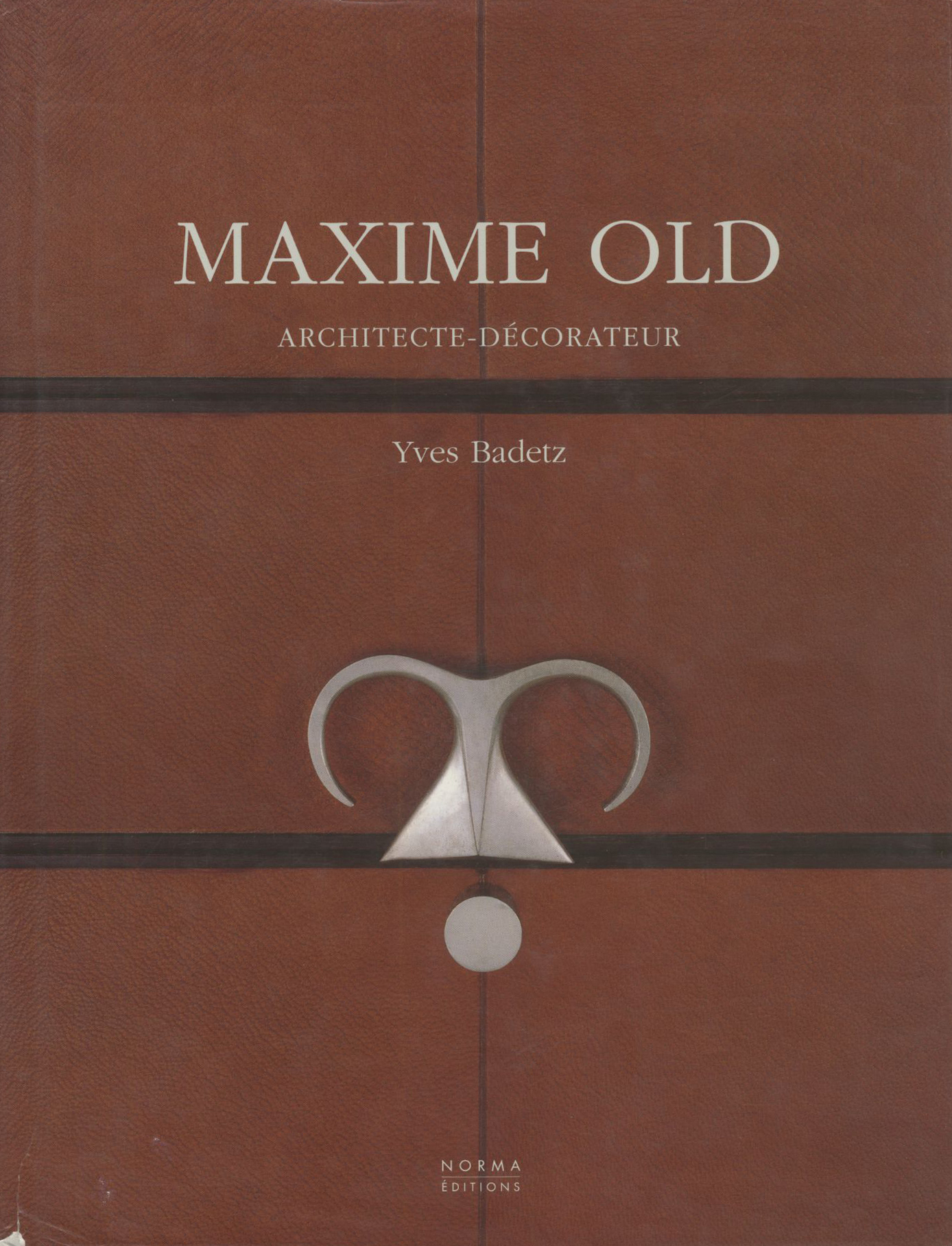 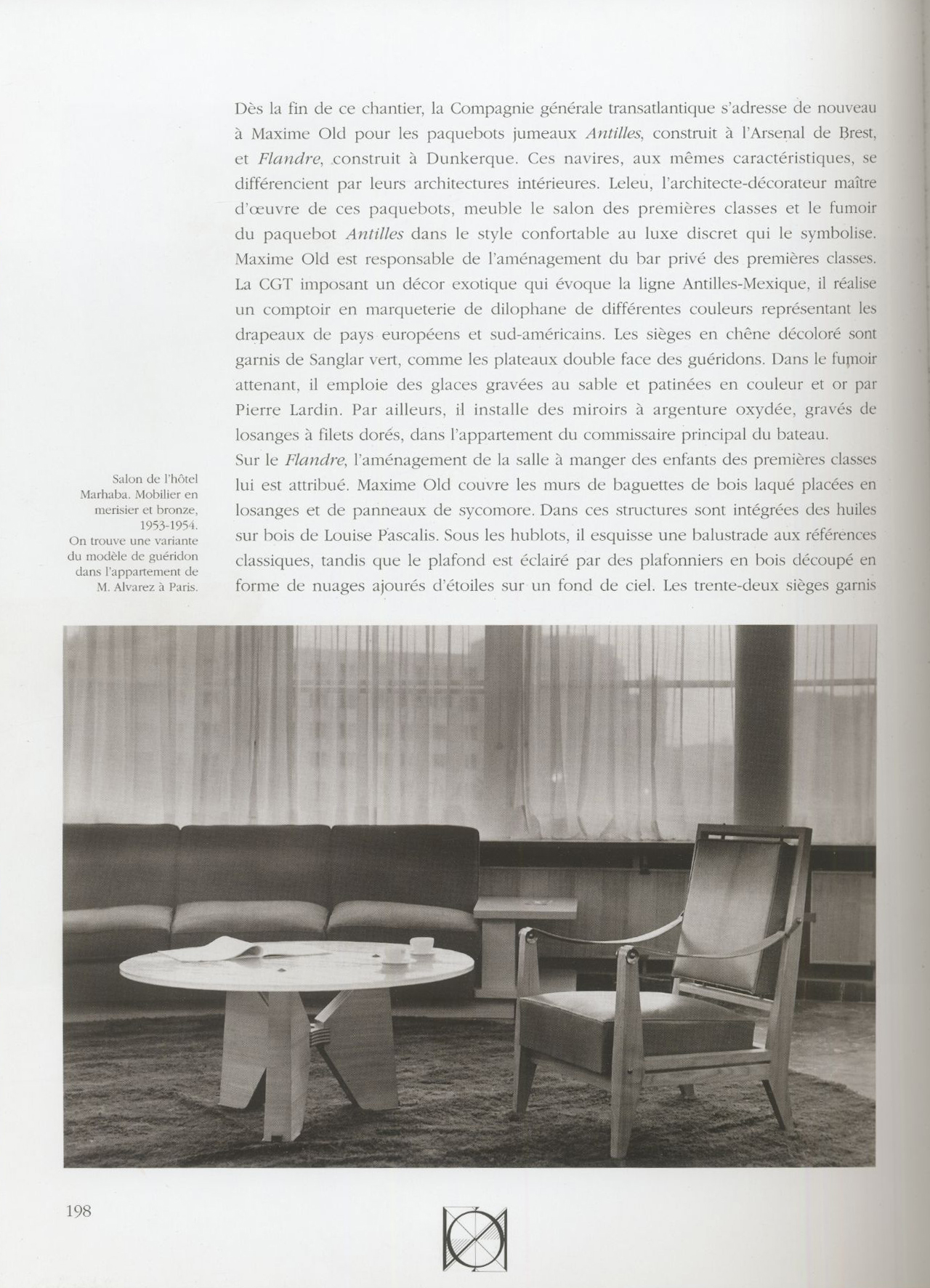 Question is: How did the felon provide such information, since the exact same model was published in the bestseller of one of Art Deco’s most wanted designer?! Yet the suspect attributed the piece to Jacques Quinet, an even more popular designer that often reaches the 6 figures at auction; and not the other way around... of course!

The Clue’s detective notepad claims that this pair originated in “France, c. 1950”, (at least the auction house got that right!) but so did this Chanel dress, Bordeaux wine bottle, and Dominique Strauss-Kahn!  Let’s hope the Chicago based auctioneer won’t assign them to Jacques Quinet…!

To close the case and set a precedent on the art market, the PATROL investigators reached out to the Colonel Mustard, aka Olivier Old, Maxime Old’s son, to ask him for confirmation. The PATROL is never comfortable dealing with modern editions, so getting a witness testimonial from Maxime Old’s rights and archives holder was a no-brainer. This is his statement:

Yes, this model was in fact made by my father; there is no doubt about it. I know it perfectly well; he used to keep an exact replica in his very own office.

Its reference number is 376, and was made for the Marhaba Hotel in Casablanca, in 1953.

Chicago’s “crime city” reputation is nowhere near close to changing. By constantly attempting to take away artists’ rights on their legitimate creations, this auctioneer is on the right path to make Bonnie and Clyde look like shoplifters. It is more than saddening to see that certain auction houses’ expertise is as reliable as rolling dice.

So, have you been able to figure out who the suspect is? Game Over!

DOCANTIC patrols the market to make sure that 20th Century furniture and works of art receive proper attribution and accurate documentation, so that collectors may sell and/or purchase works at the correct price. To protect and to serve the art community, that's out job!.