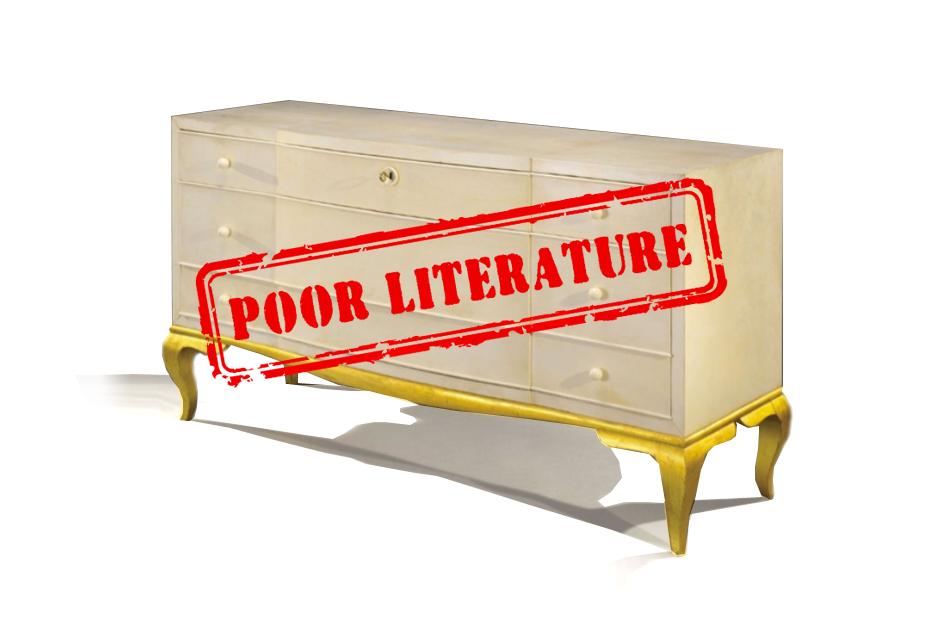 On June 2015, French auction house AGUTTES sold a chest by André Arbus but failed to provide significant literature & books references. We fixed this!

AGUTTES  got pulled over by DOCANTIC PATROL for calling in a weak witness violation: Poor Literature!

On June 17th, 2015, a parchment covered chest of drawers by designer André Arbus, was sold at AGUTTES for  $82,000. At auction, one reference from a 1996 book accompanied the chest: "André Arbus Architecte Décorateur des Années 40" by Yvonne Brunhammer. In the art market, solid references for artwork increase the work’s value. The more references as evidence, the better the return on the investment! The bigger selling point is when the main witness can reference back to the same period in which a piece was created, such as a publication from around the same date as the furniture’s first appearance.

In AGUTTES’s case, a book from 1996 does not quite carry the same historical significance as, say, a catalog from 1937. At DOCANTIC, our detectives searched through our extensive database, and found 5 antique catalogs from the late 1930s, containing the same André Arbus chest. DOCANTIC located a furniture catalog called "Mobilier & Décoration", illustrated below, that contains an article on the André Arbus chest from 1936.

Now, if this reference had been paired as an accomplice with the chest sold at the June 2015 AGUTTES auction, the chest could have possibly been sold for even more than $82,000. Money left on the table. 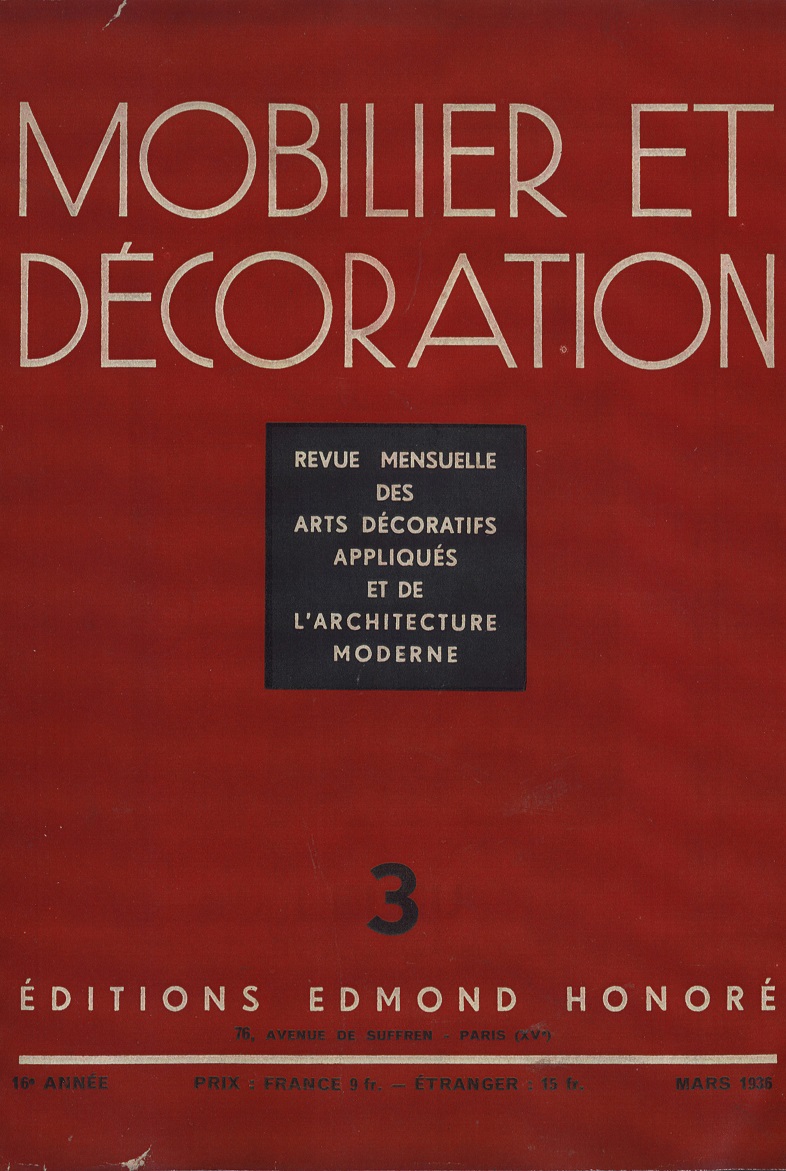 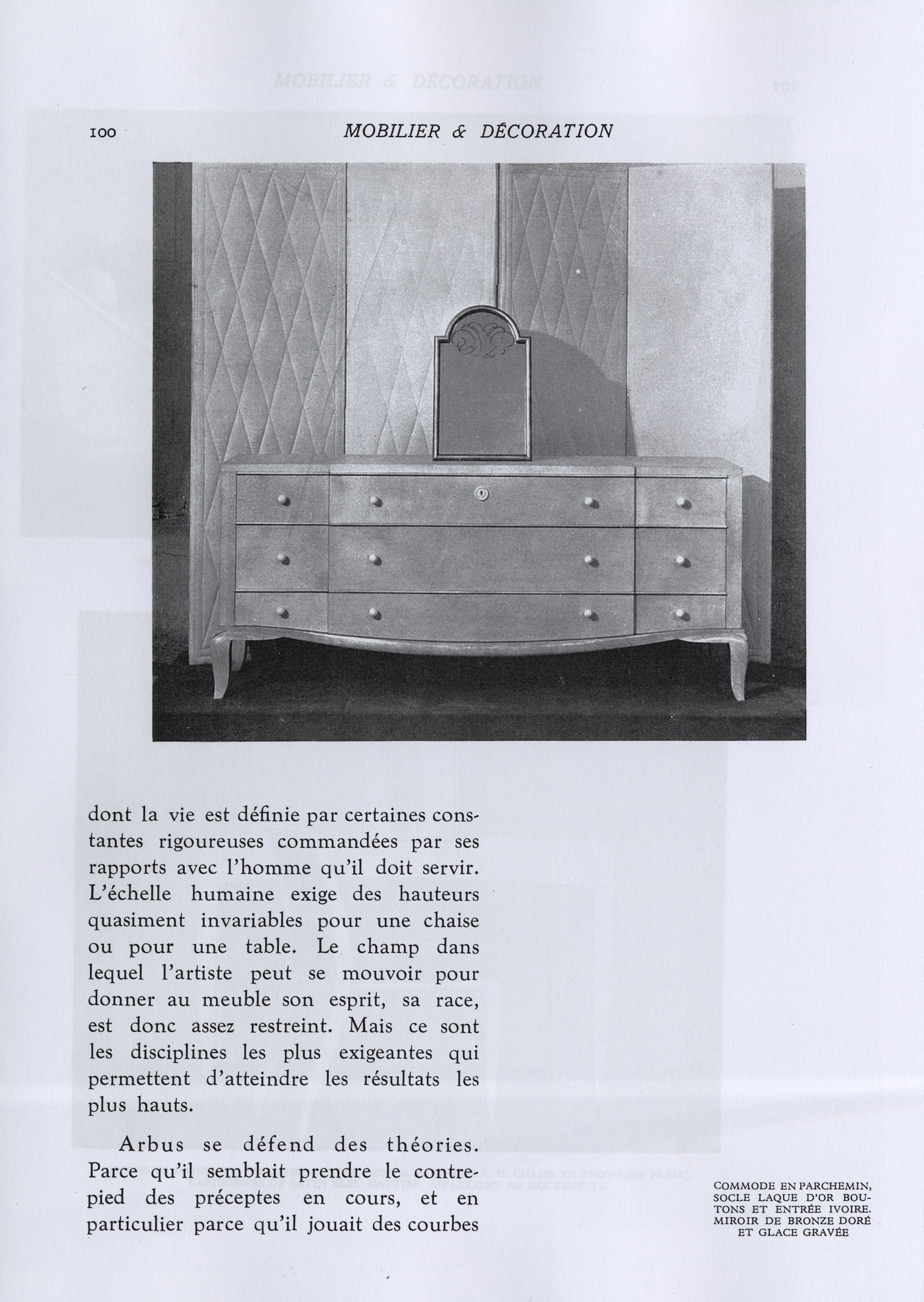 Documenting the original designer of furniture or art remains arguably one of the most important actions that can determine a piece’s value, and whether or not a collector/investor will buy it. Surely, supporting facts for a work of art can heavily sway an interested collector to purchase it. We’ve been eye-witnesses to that.