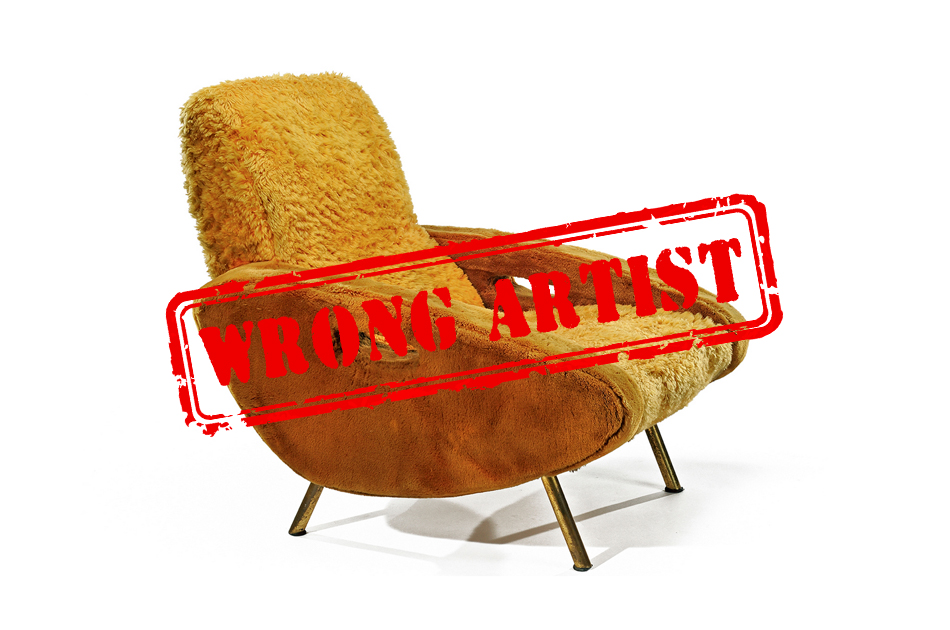 Attribution error for a $5,700 lounge chair to Marco ZANUSO

On October of 2001, WRIGHT, the Chicago based auction house sold a pair of lounge chairs for $5,700 incorrectly attributed to Italian designer Marco Zanuso. We fixed this!

WRIGHT  got pulled over by DOCANTIC PATROL for Identity theft violation: wrong artist!

Let’s lay out the facts: On October 28th, 2001 WRIGHT, the Chicago based auction house, listed and sold a pair of lounge chairs for $5,700. According to their records, Italian designer Marco Zanuso created the pair of chairs. Three years later, in June of 2004, WRIGHT again sold this design, but advertised the chairs as by French artist Alain Richard. In November 2007, the very same design appeared at TAJAN auction house, but listed as by Gio Ponti’s alias. Finally, in May 2010 AGUTTES auction house in Paris listed Marco Zanuso’s as the creator of the lounge chairs in their listing. According to the rumors and gossip above, this design could be associated with any number of artists! Looks like the DOCANTIC PATROL detectives have an old fashioned ‘Who Done It’ on their hands.

DOCANTIC PATROL’s investigators wondered, who was the actual artist: Alain Richard, Marco Zanuso, Gio Ponti, Scoobydoo, your grandmother? Our investigators had two options: 1) play Russian roulette with the artists names "a la" the auction houses or 2) be conscientious professionals and research in their massive database to find the correct answer. Novel idea, right? Their investigations lead to this major piece of evidence, shown below for your eyes only (the auction houses apparently don’t want to look, anyway): 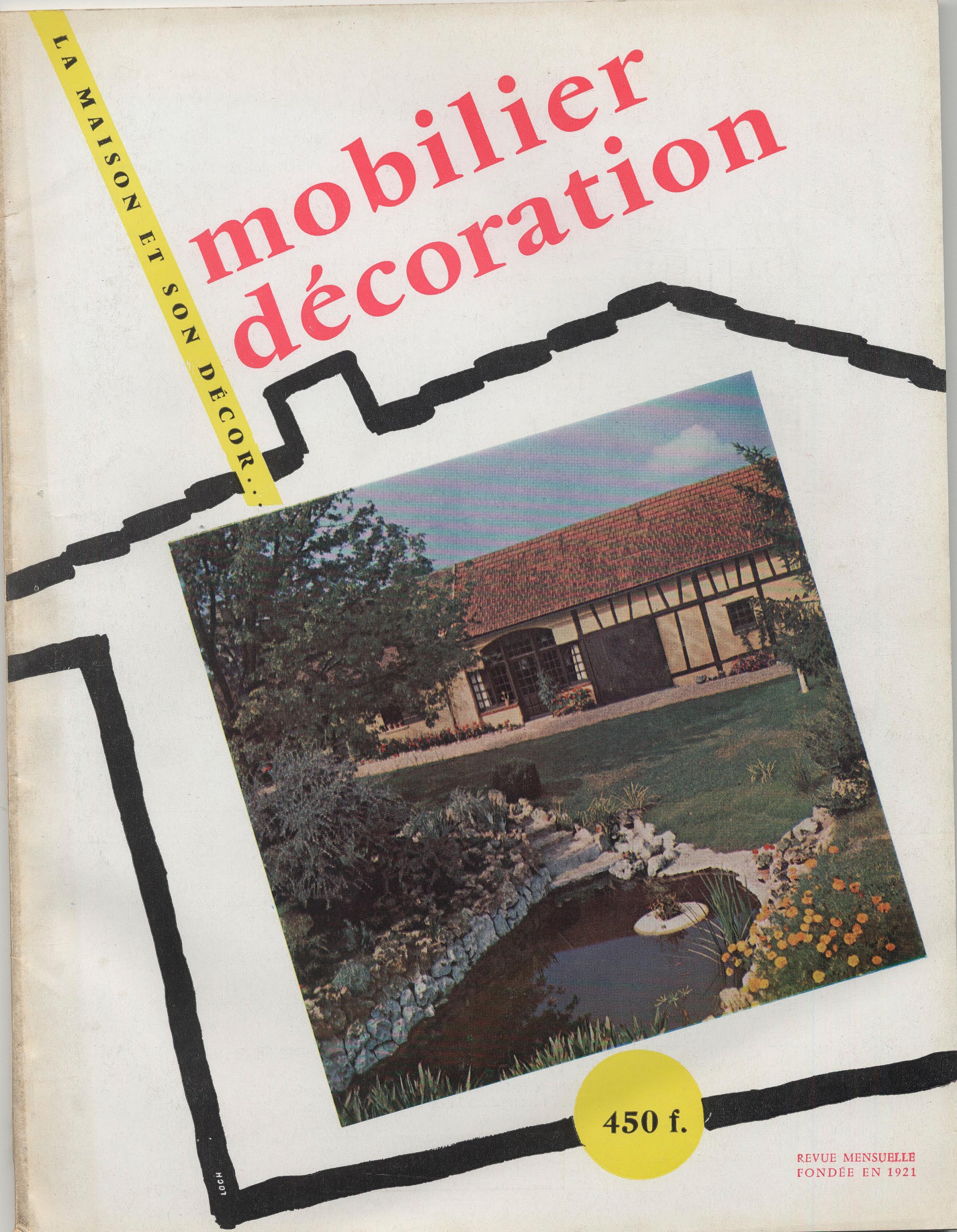 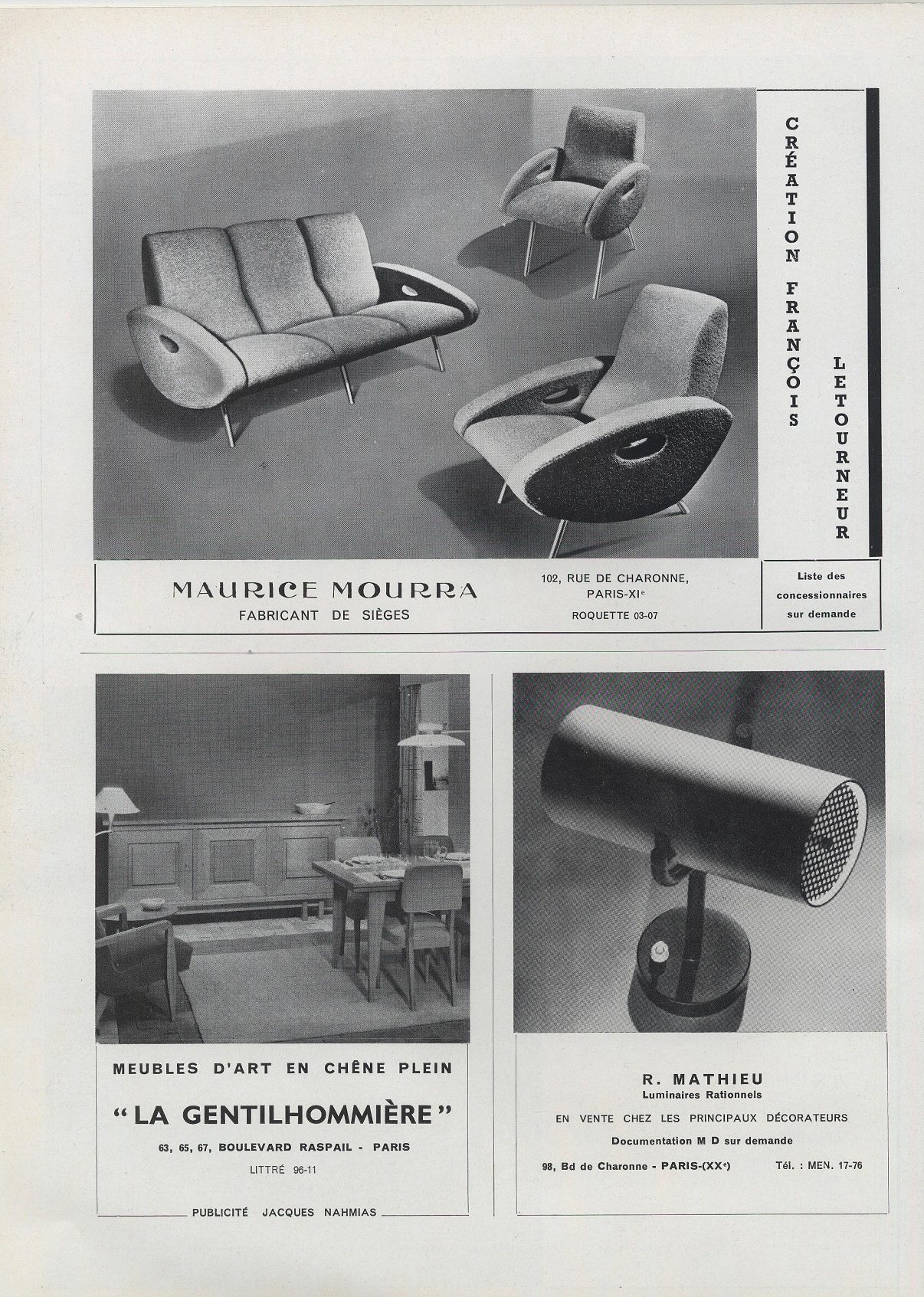 As you can see, François Letourneur’s lounge chair was part of an advertisement. That means we are not dealing with a blurry wanted poster, but with a half-page promotion that most likely had been printed repeatedly in several specialized magazines! Competent auctioneers most certainly should have been aware of this and been able to properly identify the artist as a result. The long arm of the law finally caught up with WRIGHT, TAJAN, and AGUTTES! What on earth will their alibi be?

Since WRIGHT and AGUTTES both (wrongly) assigned this lounge chair to “Marco Zanuso and edited by Arflex”, our investigators double checked by contacting Arflex in Italy. This is what they reported back:

Among all the suspects, we note that TAJAN’s professionalism and expertise kicked in, as they rectified their error shortly before the auction. The chairs were unable to find a new buyer, therefore no one was named victim of this crime.

Although none of the above auction houses provided their clients with the proper artist, we have to give AGUTTES and WRIGHT back-to-back life sentences! AGUTTES, for providing the wrong artist, even after DOCANTIC personally warned their expert of the mistake, and for purposely ignoring the proper spelling of Arflex, — and not “Artflex” like indicated on their magazine — and WRIGHT for not only identifying the wrong artist in their first listing, but 3 years later listing the same chairs by a different, yet still incorrect artist. Knowing WRIGHT's reputation for wrongly assigning French artists, this error is no longer a surprise to anyone.

It turns out that half of the chairs sold were overpriced. Of the two that did sell, the true designers, François Letourneur and Maurice Mourra, are not as well-known as the artists incorrectly attributed, causing the buyers to undoubtedly overpay on their purchases. No need to be Sherlock Holmes to see that if the unsold chairs were identified with the correct artist, they most likely would have sold. Jurisprudence!