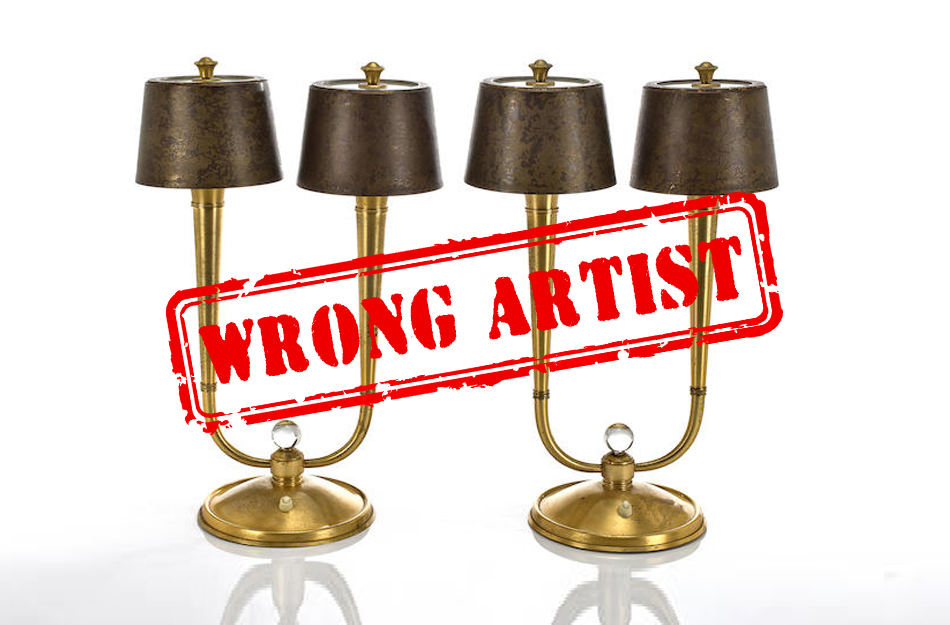 Attribution error for a $3,000 pair of lamps to René PROU

SOTHEBY'S  got pulled over by DOCANTIC PATROL for Identity theft violation: wrong artist!

DOCANTIC PATROL’s keen detectives launched an investigation to set the record straight. They didn’t have to look far, as expert witness TAJAN, redeemed themselves by properly attributing the lamps to Genet & Michon in their June 12th, 2007 listing. They also provided catalogue documentation from "Meubles & Décors 1945" July and August editions. Bravo, TAJAN! 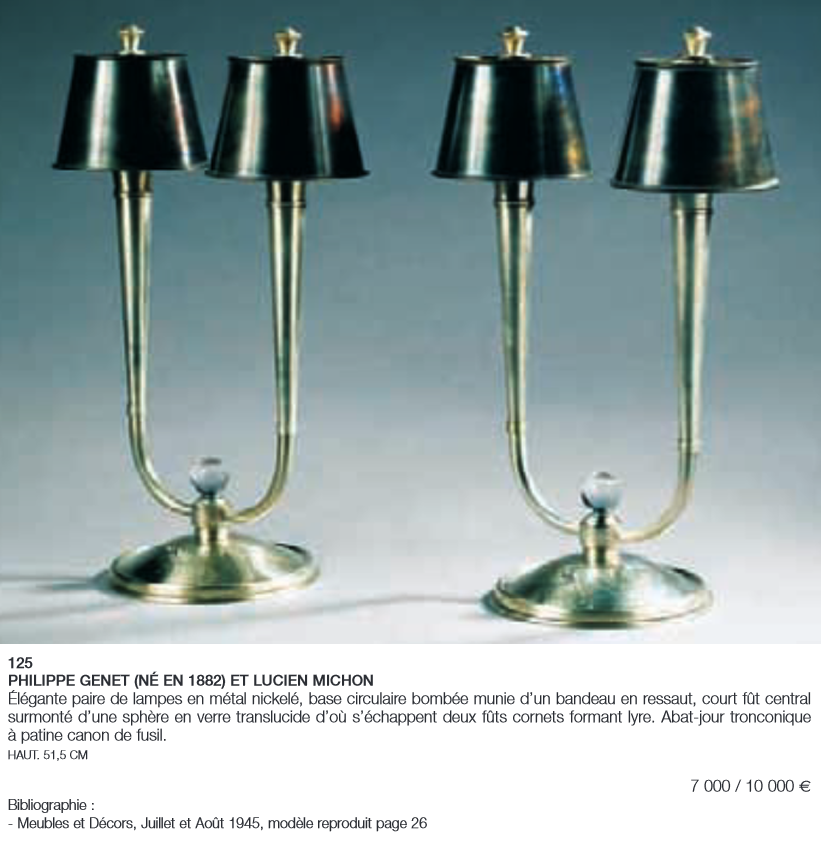 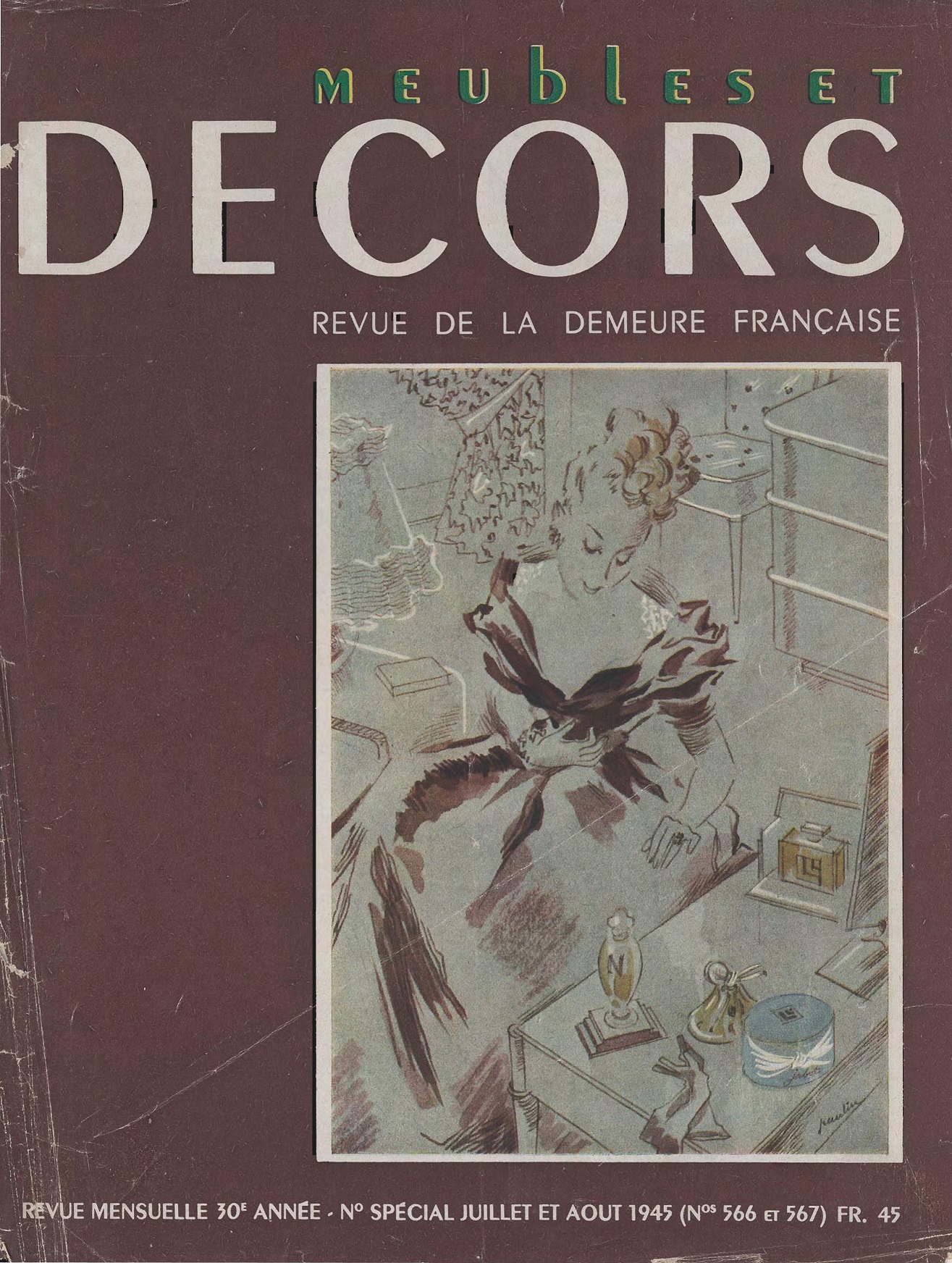 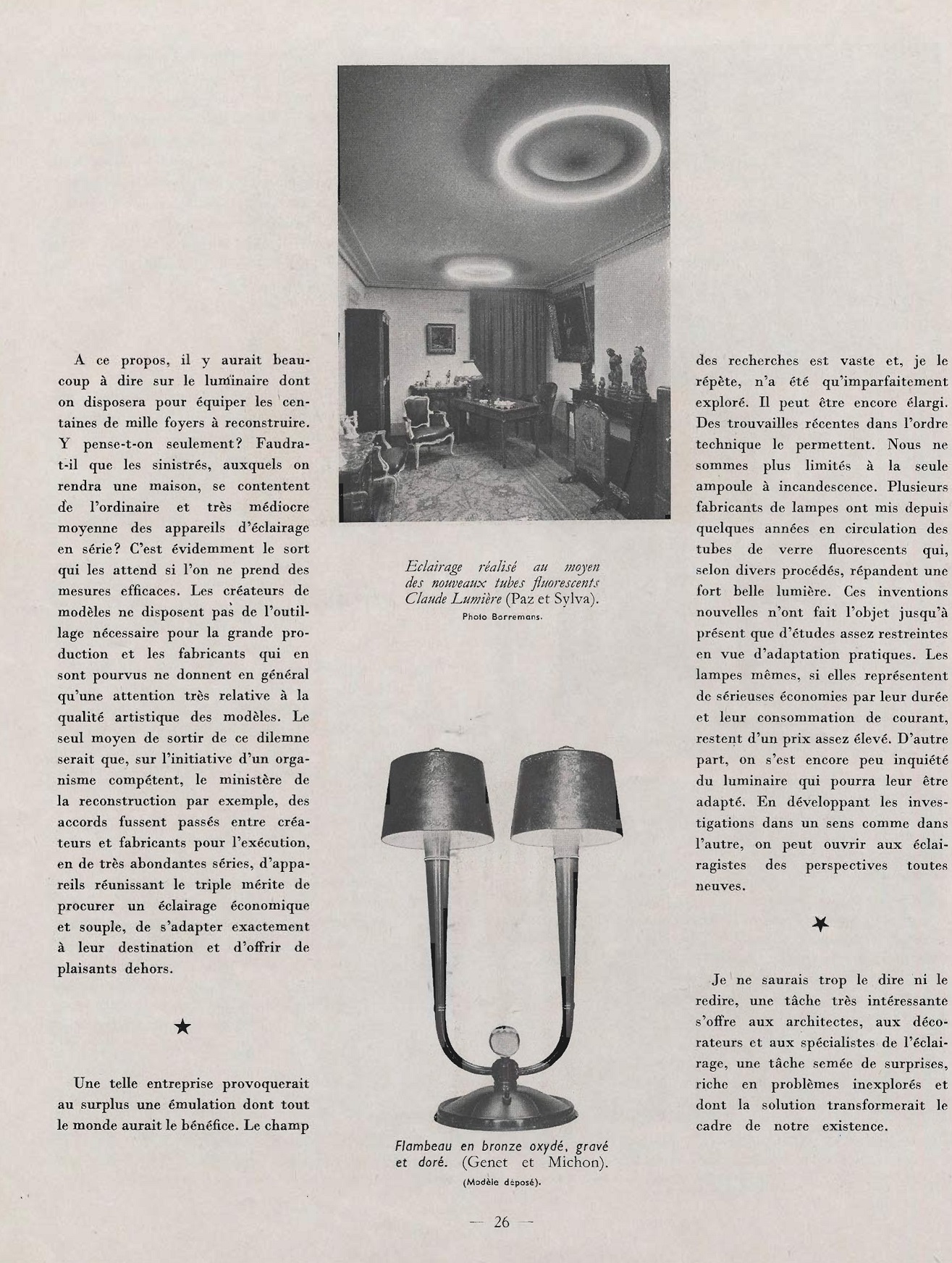 TAJAN sold the lamps for 18,500 €, which turns out to be 2 times higher than their original estimation as well as 4 times higher than the final selling price of the exact same design in BONHAMS incorrectly attributed listing! As SOTHEBY’S listing did not sell, they and BONHAMS missed out on a golden opportunity to raise bidding prices when they skipped doing their homework.

Holding René Prou hostage as the incorrect designer of the lamps hurt both auction houses! BONHAMS in particular should be sentenced to two counts of recklessness as they 1. Gave the wrong artist in their listing, and 2. Even more embarrassingly, apparently didn’t look at the auction history of the design they were trying to sell. If they had, they would of course seen TAJAN’S 2007 listing containing the correct artist’s name, verified by catalogue documentation, and the high price fetched at auction.

Why BONHAMS didn’t use this information in their listing two years later is truly a mystery! To quote the famous Belgian detective, Hercule Poirot, “If all these people are not implicated in the crime, then why have they all told me… stupid and often unnecessary lies?”