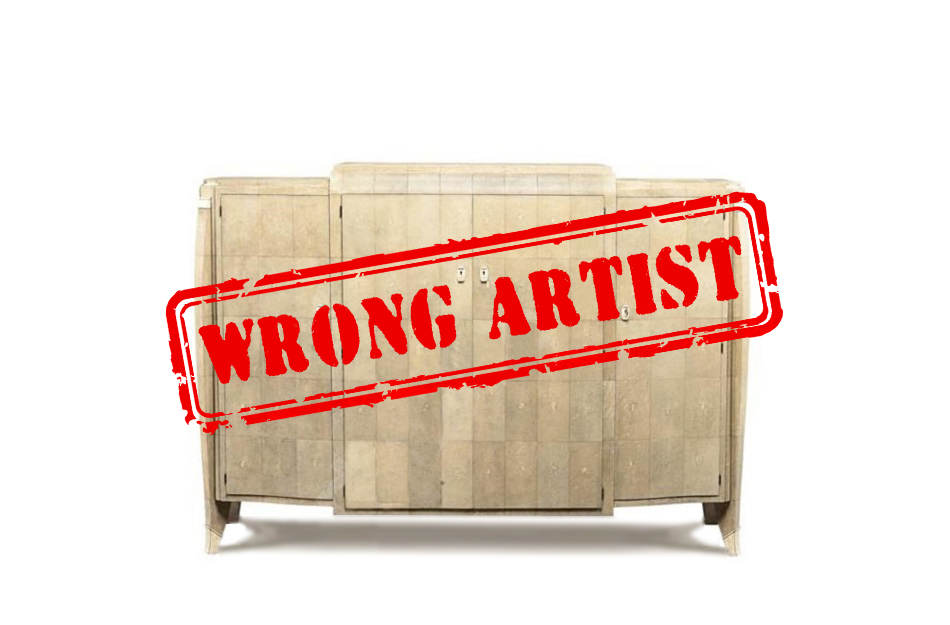 Attribution error for a $330,000 sideboard to Jules LELEU

On May 2006, SOTHEBY’S auction house — close to becoming more popular than Pablo Escobar since it got pulled over so many times by the DOCANTIC PATROL — listed a sideboard estimated at $330,000 and incorrectly attributed to the famous designer Jules Leleu. We fixed this!

SOTHEBY'S got pulled over by DOCANTIC PATROL for Identity theft violation: wrong artist!

On May 16, 2006, the world famous auction house SOTHEBY’S has attributed to the famous designer Jules Leleu a sideboard estimated at $330.000. Curiously close in design to the lesser known, Maurice Rinck, the DOCANTIC PATROL investigators took care of this case.

The shagreen entirely covering the incriminating evidence was the first clue that the DOCANTIC PATROL found. Its quality is so marvelous that SOTHEBY’S even advertised it on the front cover of their auction sale catalog. By digging deeper, the DOCANTIC PATROL discovered that such a great work of art created by a world class designer in a material as rare and delicate as shagreen was in the 30’s, should have been somehow photographed at the time it was created. The Zodiac Killer, Jack the Ripper, the Joker and many others have all proudly admitted their crime; so as a designer, why would Jules Leleu have kept secret one of his greatest masterpieces?!

Yet, no one was able to uncover any bibliographical evidence attributing this work of art to Jules Leleu, so far. In contrast, if it is by Maurice Rinck it would have been made in the 50’s; and not having any mugshot of it in DOCANTIC archives room would make sense, since shagreen was much more commonly used then.

Jules Leleu being part of the almost-exclusive jurisdiction of Francoise Siriex, investigators have decided to interrogate her. Former personal assistant of André Leleu — Jules Leleu’s son — and active member of the 30’s Museum of Boulogne-Billancourt (FRANCE) confirmed that the piece of furniture offered for sale by SOTHEBY’S was not by Jules Leleu.

To support her claim and close the case for good, the investigators managed to find a similar version of the wrongly attributed sideboard in a November 1954 copy of “Mobilier et Décoration”. 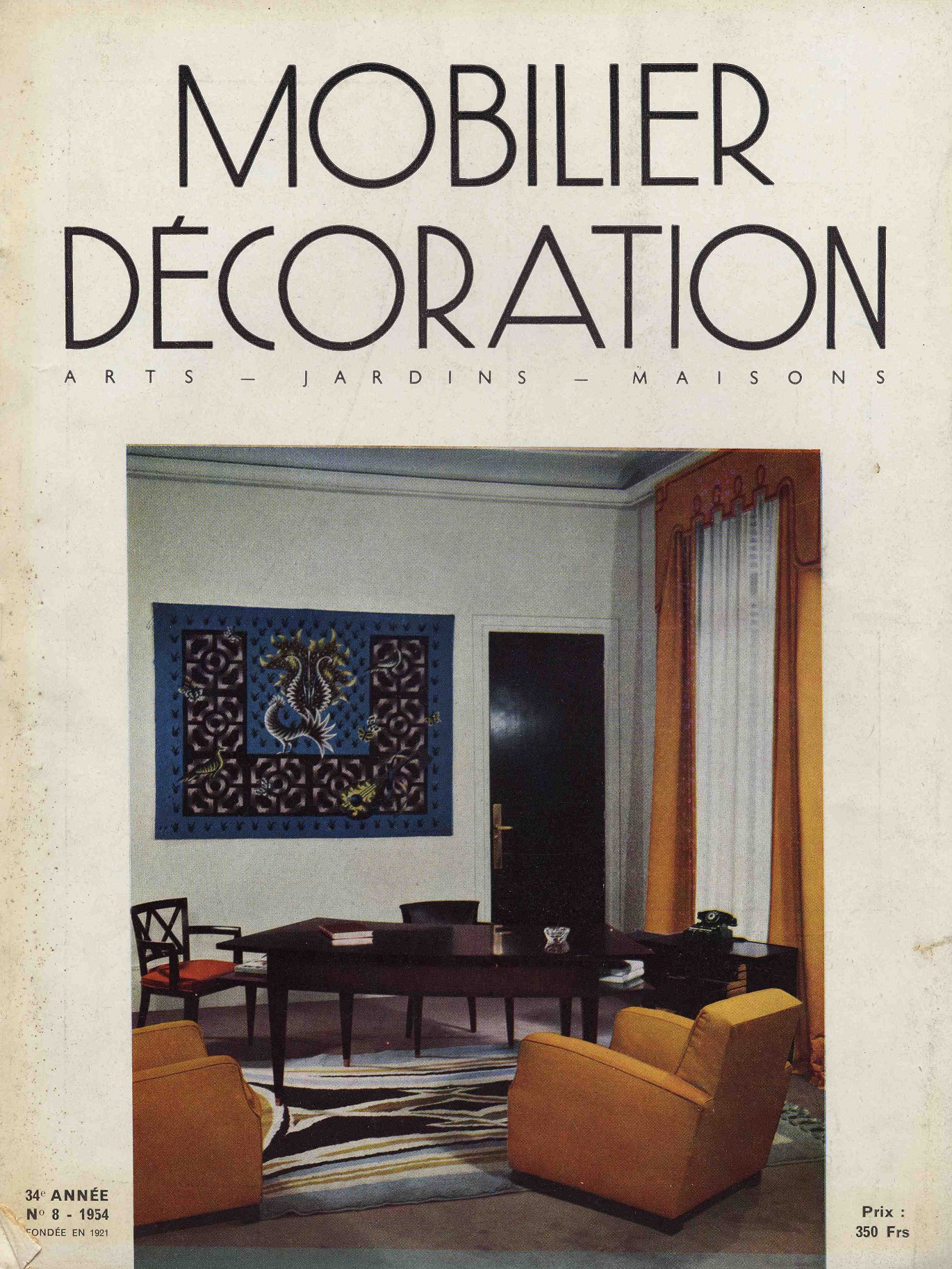 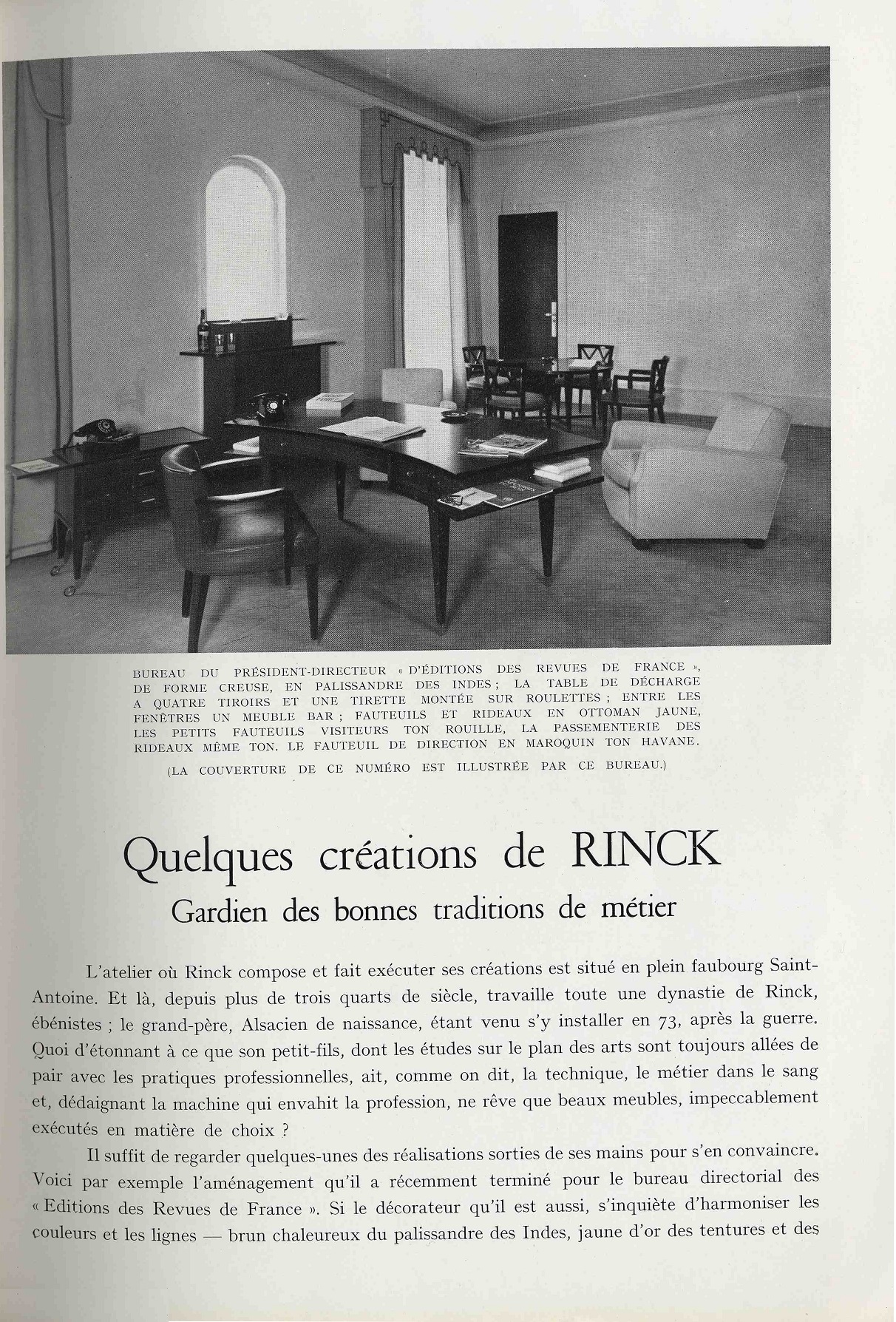 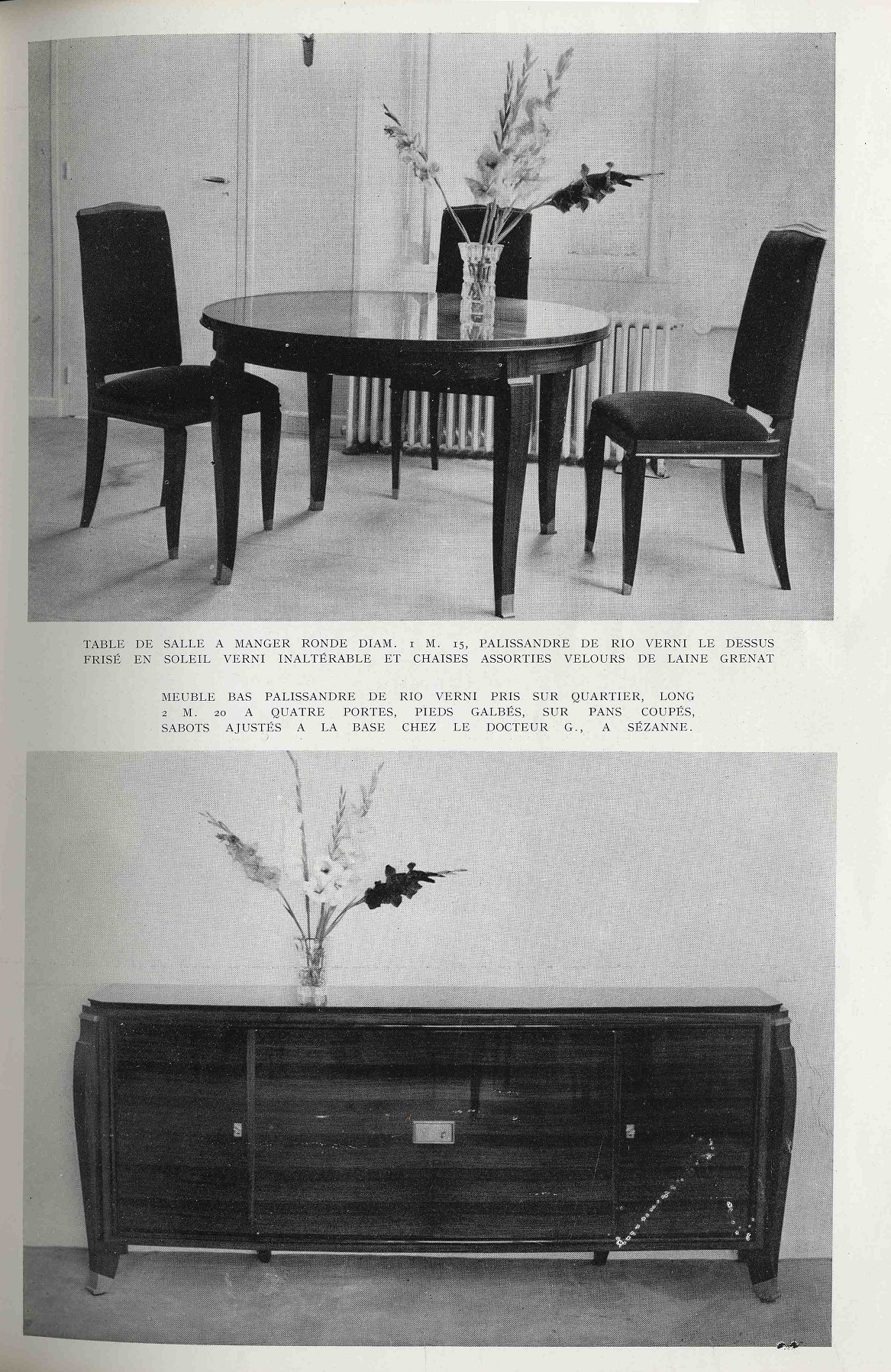 This proof confirms SOTHEBY’S crime and allows DOCANTIC to give Maurice Rinck his stolen artworks back.

Documentation proof in hand, Francoise Siriex went to meet SOTHEBY’S experts at their HQ shortly before the auction to inform them about the crime they were about to commit. The incorrectly assigned to Jules Leleu sideboard was placed under proper seal. Withdrawn from auction sale: SOTHEBY’S plaid guilty!

DOCANTIC patrols the market to make sure that 20th Century furniture and works of art receive proper attribution and accurate documentation, so that collectors may sell and/or purchase works at the correct price.  To protect and to serve the art community, that’s our job!