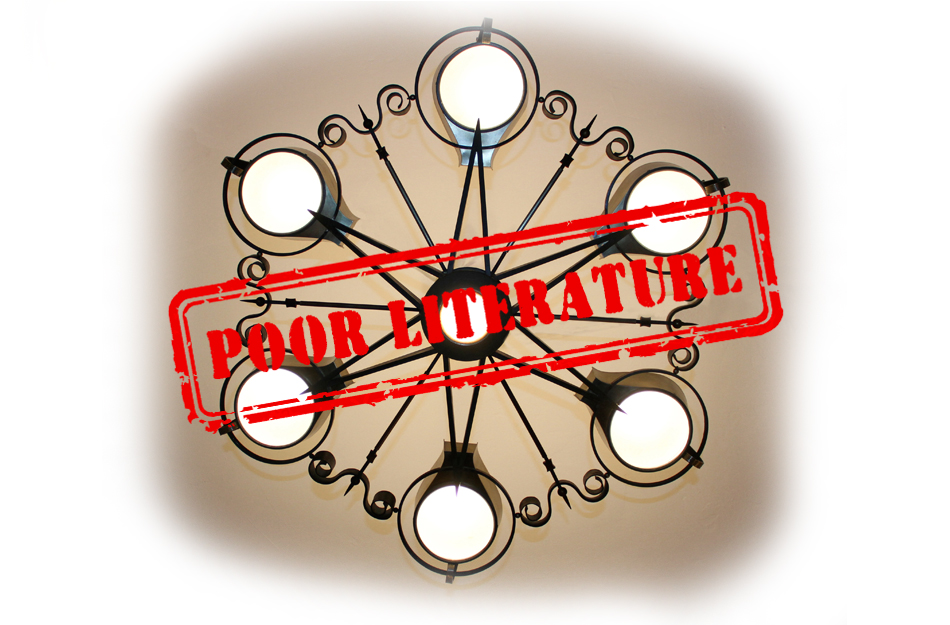 On March 2014, the Paris-based auction house OSENAT sold a chandelier by Maxime Old, but failed to provide significant literature & book references on his work. We fixed this!

OSENAT  got pulled over by DOCANTIC PATROL for calling in a weak witness violation: Poor Literature!

Last year, on March 29th, 2014, auction house OSENAT sold a Maxime Old bronze chandelier for $3,600. Estimated from $3,400 to $5,600, it slightly surpassed the lower estimation. According to our in-house investigators at DOCANTIC, this piece of art would have undoubtedly sold for much more if only OSENAT had realized a couple important facts: 1. The very chandelier was featured in an April 1947 edition of Mobilier & Décoration magazine; and, 2. (wait for it…) It was a one-of-a-kind!

A listing in a period magazine has a significant impact on an item’s value. The ability to mark the difference between a mass-produced piece of junk, and a unique piece of art crafted by one of the most important Art Deco artists of the 20th Century has huge consequences on the hammer price! 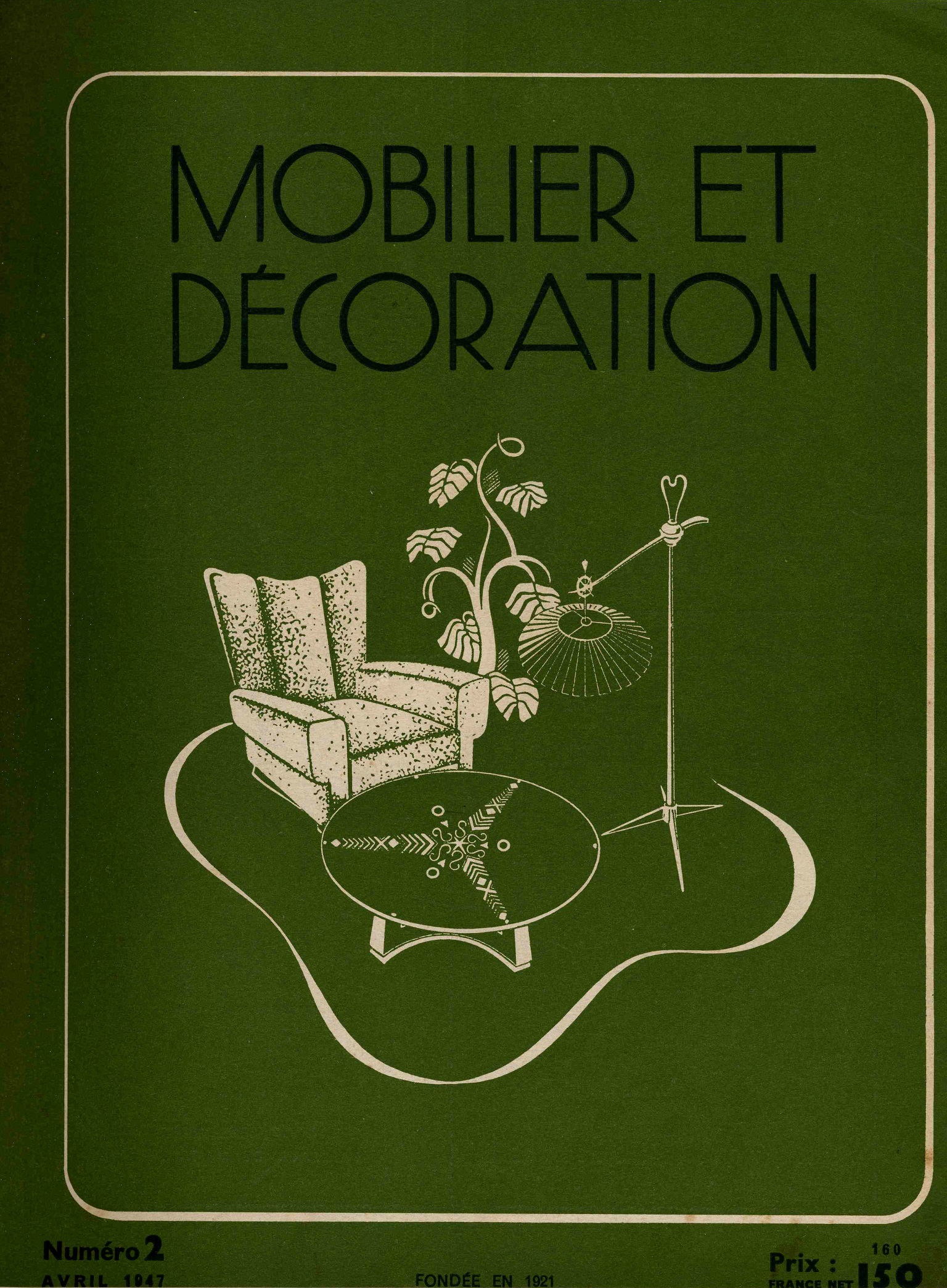 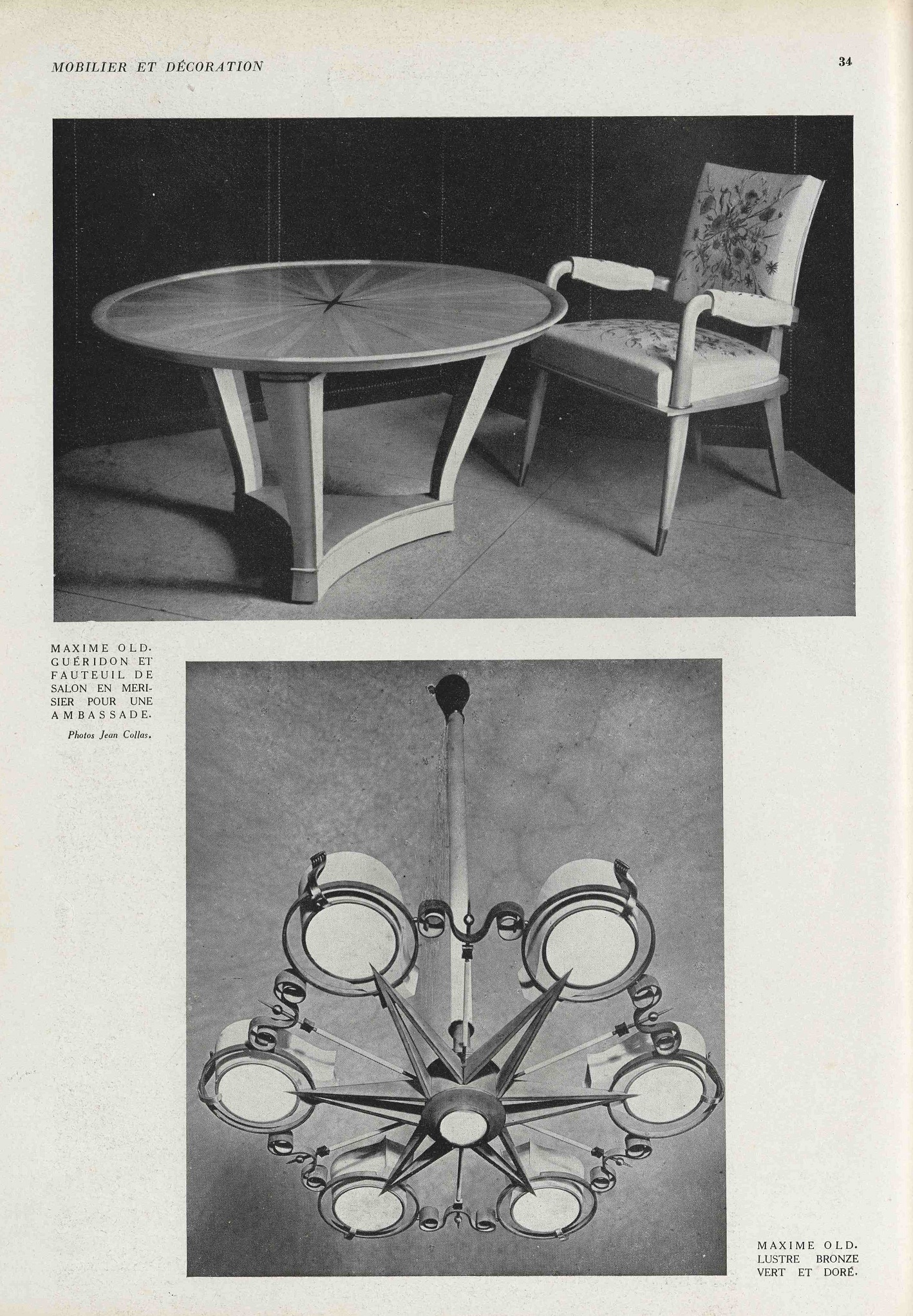 Copies of the April 1947 Mobilier & Décoration front cover and cited page above, testify to the chandelier’s proper attribution. Furthermore, we sent the photo of the chandelier advertised by OSENAT to Maxime Old’s rights-holder, his son Oliver Old, to ask for his expertise. He testified:

“As far as I’m concerned, a single copy of this chandelier was made… It was owned by Maxime Old’s sister, Jeanne Lafarge (born Old) and her husband. The one in the photograph could very possibly be it.” Olivier Old

In this case, the buyer scored a terrific deal because of undervaluation! But, the seller? Nope. When offering artwork at an auction through a well-known auctioneer, sellers should expect the auction house to give them a correct amount for items sold. We consider anything of the sort a flagrant misdemeanor.